With a net worth of over $260 billion, Elon Musk’s purchase of 9.2% of Twitter set him back just around 1% of his fortune. It does, however, give him four times as many shares as the company’s founder, Jack Dorsey, making him Twitter’s biggest shareholder. It’s no surprise then, that he’s taken a seat on the board of the platform he loves to use and frequently criticises.

Judging from his history, Musk is unlikely to be a silent partner and is expected to play an active role in the company’s management. He’s already launched a poll asking users whether they want an edit button, something the company said it is already working on, and said that he was looking forward to making changes. Indeed, he’s already had discussions with Parag Agrawal, the platform’s CEO, who believes Musk’s membership of the board is just what the platform needs and will ‘bring great value.’

One of the magic things about Musk, of course, is that the announcement of his share purchase sent the share price upwards, meaning he’s already made a reasonable return on his investment. There is already speculation that he will increase his stake over time.

As a Yorkshire based hosting company, it’s always great to see the county at the forefront of UK technology. In this case, the town of Barnsley is to become the first place in the UK to have high-speed broadband cables running through water pipes in a bid to avoid the disruption caused by digging up roadways.

The current project, a two-year feasibility study for a wider UK rollout, will see over 8,000 homes and businesses connected to the internet via fibre-optic cables that will run through 11 miles of water pipes.

The cost and time taken to dig up roads when laying cables have hindered the government’s plans to roll out high-speed broadband across the country. Channelling them through pre-laid water pipes could speed up deployment, reduce costs and minimise disruption to road users. It would also be a more sustainable way of laying cables, with less heavy machinery needed to carry out the work.

With the cost of energy rocketing skywards, the tech industry is working flat out to find workable and affordable solutions that enable people to be less reliant on energy firms. In the UK, two companies have come up with innovative ways to use solar power that don’t require expensive panels being installed on roofs.

Both companies, Filia and Solivus, are making use of the latest advancements in solar film, a lightweight, flexible and versatile material capable of generating electricity from sunlight but which is much less expensive than traditional solar panels and can be used in many different ways and locations.

For Filia, a company that wants to democratise solar energy by making it more affordable, innovation has come in the shape of external window blinds – essentially, roller blinds with solar film bonded to them that can generate electricity every time they are unrolled. Solivus, on the other hand, has taken a more artistic approach and has developed a solar sculpture that not only looks fantastic but can generate around 1000kwh per annum. Solivus’ lightweight panels, meanwhile, can be fitted to roofs that lack the support for heavier, conventional panels.

The National Cyber Security Centre (NCSC) is advising organisations to urgently improve security after the latest Department for Digital, Culture, Media and Sport (DCMS) figures showed a third of UK businesses experience a cyberattack every week. According to government data, cyber security is now a high priority for over 80% of senior executives in the UK, a rise of 5% from last year.

The NCSC recommends that companies adopt the government-backed Cyber Essentials scheme. SMBs are also advised to follow its Small Business Guide while large companies should make use of its Board Toolkit.

To avoid major disruption for essential service providers, including organisations supplying energy, water, transport, healthcare and digital infrastructure, the government is also planning to update the Network and Information Systems (NIS) regulations which set out their cybersecurity rules.

Hong Kong boffins have created a robotic slime with potentially life-saving applications. Able to change shape, it can pass through narrow channels in the ears, nose and digestive system, wrap itself around foreign objects and bring them out without the need for invasive surgery.

Composed of magnetic particles and able to act like both a solid and a liquid, the slime can be controlled by external magnets to move, rotate and form O and C shapes with which to grab or wrap.

Aside from medical use, the robotic slime can also be deployed for industrial purposes. It can fix broken electrical connections by pulling loose wires together and can be deployed to remove foreign objects or debris in difficult to get reach places, for example, removing rust blockages within pipes. 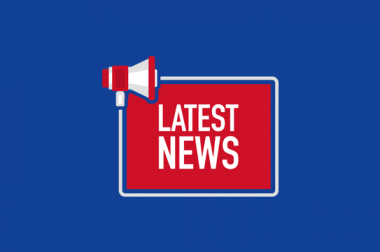 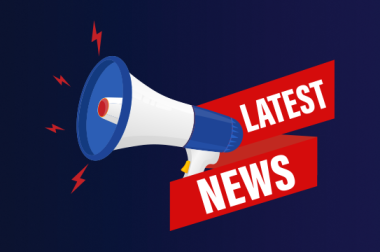 Catch up on this week’s round-up of the latest hosting and tech news. Here’s what we’ve uncovered since our last edition. 2FA halves Google breaches At WHUK, we’re constantly trying to convince customers to strengthen their logins by using two-factor authentication (2FA). This is a more secure login process that requires users to input an …