The Isles of Scilly, off the coast of Cornwall, have got a new lifeline with the mainland, thanks to the development of an unmanned cargo plane. The drone carried out its first 60-mile round trip from Land’s End to St Mary’s Airport and back again, taking NHS medical supplies to the isles and returning with locally produced flowers and gin.

While the majority of the islands’ supplies and visitors will continue to visit by ferry, the drone can be used to help with more urgent deliveries, including medicines and parts for vehicles.

The service is provided by the Isles of Scilly Steamship Group (ISSG) in partnership with Flylogix, from Hampshire. The recent flight kicks off a three-month trial, which, if successful, will lead to a full-time commercial drone freight service beginning next summer, with a daily flight to and from the isles.

From fiction to fact

Ridley Scott is well known for films that depict the future, however, one of his fictional inventions has now been made a reality by Network Rail. The organisation, which looks after the UK’s rail network, needs to map caves and mines that go under its train lines and survey them for signs of collapse and has been looking for cheaper and more effective ways to do this.

The solution is a robotic drone based on one used in Scott’s 2012 film, Prometheus. The Prometheus Drone, as it is now called, has a similar design and functionality to Scott’s, flying down 15cm boreholes into caves and mines, where it scans them with lasers to create a 3D model of their interiors.

This is a huge advancement on current methods where engineers have to risk travelling into potentially unstable or poisonous tunnels or by making boreholes along the length of the tunnels and lowering sensors, attached to long poles, into them.

With the pandemic making gift cards even more popular this Christmas, it comes as no surprise that cybercriminals have come up with ways to take advantage of them.

According to Bolster, an online fraud prevention company, there has been a huge rise in gift card scams. These include cybercriminals creating identical replicas of genuine gift card balance checking sites which, if shoppers use them, would result in the gift card numbers being handed over and the balances stolen or the numbers sold on. Additionally, some sites ask for email details and then launch phishing attacks, asking users to top up their cards, giving the gangs additional money to steal.

Bolster has seen almost 7,000 new gift card scam sites since September, with around 230 new ones appearing every day. The most targeted cards are those from retail and gaming companies, which account for almost 60% of all online gift card scams. Retailers should remind their customers only to use official websites to check their balance.

Can you imagine running your business on 26-year-old technology? That’s running Windows 95 on a machine like the Dell 486 with a 66MHz processor, 8MB of RAM and a 320MB hard drive. At the time, it would have set you back £3,300!

Unfortunately, that’s how old the UK’s Border Force’s technology is and what is will be using once Brexit finally happens on January 1st. That lack of modern technology is predicted to cost UK taxpayers an additional £173 million until a proposed upgrade happens in 2022.

The quarter-century-old system, which is used to check whether criminal or terrorist suspects are trying to enter the UK, was originally marked for an upgrade in 2003, then again in 2014 and finally given the go-ahead to become fully digital in 2019. Just think how much money could have been saved and how quickly an update could have happened if the Border Force had migrated to the cloud?

According to security outfit, Guardicore, a malware-less form of ransomware, coming from UK IP addresses, has successfully attacked over 83,000 victims. The ransomware specifically targets weak login credential on internet-facing MySQL servers, such as those used with WordPress and other CMS websites.

After the ransomware has compromised the database, the cybercriminals then carry out a double-extortion attack. This demands one ransom payment for unencrypting the server and another for not publicly leaking data stolen from the database.

While traditional attacks use a malware infection on the server to launch the ransomware, this latest threat is able to encrypt server data remotely. Those attacked are left a ransom note containing a Bitcoin address with an amount to pay, together with a contact email address for ‘technical support’. They are given 10 days to pay up. Those that delay are encouraged to pay by being directed to the extortionists’ website where they are shown the leaked databases belonging to those who haven’t paid. There are over 250,000 leaked databases in total, coming from 83,000 separate servers and containing over 7TB of stolen data.

Catch up on this month’s round-up of the latest hosting and tech news. Here’s what we’ve uncovered since our last edition.   Online growth boosts UK warehousing The shift to online shopping has led to a significant increase in demand for UK warehousing, with many companies struggling to find enough space. Research carried out for the … 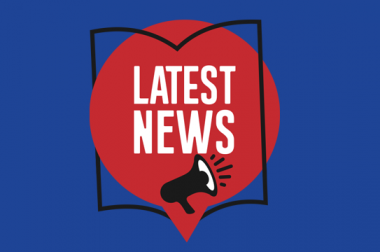 Catch up on this week’s round-up of the latest hosting and tech news. Here’s what we’ve uncovered since our last edition.   Is your new Dell secure? If you’ve just bought a new business Dell PC running on Windows, there’s a chance that it could have a security flaw in the preinstalled troubleshooting program, SupportAssist. Left …