Rolling out mobile connectivity across the entire UK is a considerable challenge. One of the hurdles that needs to be overcome is how to power mobile phone masts in rural areas where there is no access to the national grid. Now, a new mast created by Crossflow Energy in Port Talbot for Vodafone has brought a solution to that problem.

The mast design is currently being trialled in the remote village of Eglwyswrw, in Wales. Rather than rely on electricity from the national grid, it features both solar panels and a new ‘water wheel’ design wind turbine that can operate in light winds, with the electricity generated being stored in batteries. Wildlife friendly and considerably less noisy than standard turbines, its design is ideal for countryside locations.

With many remote areas still struggling to get internet connectivity, Ofcom Wales sees the new design as a way to provide rural communities with equal access to the digital economy.

With over six million people on hospital waiting lists after the pandemic, some NHS trusts are making use of the latest robotic technology to help carry out surgery.

The cutting edge machines, known as Da Vinci Xi robots, can carry out complex operations with greater precision. Controlled by human surgeons throughout the procedure, they have miniature instruments and make smaller insertions which results in less bleeding and post-operative pain, a lower risk of infection and smaller scars. While the operations, themselves, take longer, the speed at which patients recover means they spend less time in hospital and this enables more people to be treated quicker.

If cutting urban air pollution, CO2 emissions and the cost of driving is something that sounds appealing, then the boffins at MIT’s City Science Lab might have just created the perfect solution – a self driving bike. What’s great about this invention is not just that it can get you from A to B without having to put in the legwork, but that, as it is a self-driving vehicle, it can be summoned, via and app, on demand.

What the designers at City Science Lab want to do, is make urban areas better places for people to live. So, the bikes, which will be to hire, will charge you less if you use the pedals, as it improves the health of the rider which, in the long term, eases the burden on health and social care organisations. Beyond this, they are looking at ways to utilise the bikes as much as possible when they are not transporting people. For example, they can be used to deliver takeaways and ship products, and even help clear snow in winter.

Fans of Wimbledon will be familiar with the Hawk-Eye technology used to verify questioned line calls; however, they may not be aware of how artificial intelligence is increasingly used to help players improve their game.

One of the most talked about technologies is the Roland-Garros Players Application, which uses AI-powered match analysis to provide data and insights for players, coaches, media and fans. It’s the technology that allows commentators to provide interesting facts and what puts statistics on TV screens.

For coaches and players, the app enables improvements in training and match strategy decisions. Using video footage of the game, it analyses the players strengths and weaknesses and can do this within minutes of the final point. It provides insights into various aspects of the play, such as the position and movement of the player, and the spin, speed and placement of the ball. It can also automatically select clips from the game based on given criteria, such as unforced errors, enabling visual analyses of these to take place to improve coaching. These kinds of apps have now become an integral part of the tennis player’s toolbox.

Phishing scams against businesses are expected to become more sophisticated, according to Cisco, as cybercriminals make growing use of deepfake technology. A form of artificial intelligence, deepfakes enable users to take publicly posted images of people and turn them into realistic videos. As a result, there is the threat that criminal gangs will target businesses by sending employees videos purporting to be from their bosses, in which they are asked to pay money into the criminals’ bank accounts.

If gangs had access to existing video footage of an executive, they would be able to train deepfake software to recreate exactly how that person would look and sound when speaking, including mouth movements, facial expressions and their vocal intonation. As a result, employees could easily be fooled into believing the deep fake was a genuine video message. 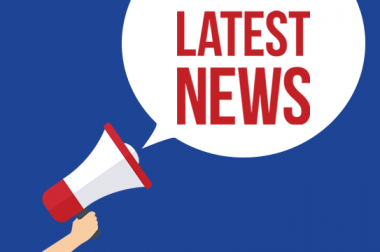 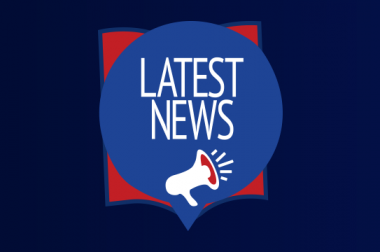 Catch up on this month’s round-up of the latest hosting and tech news. Here’s what we’ve uncovered since our last edition.   Spectacle revolution Technology has been developed that is about to transform the spectacle business. While the industry has already embraced augmented reality as a way to help customers try on glasses without needing to …