The Ministry of Defence has held an Olympic style event in which competing teams from around the UK have programmed robotic dogs to take part in sprints, gymnastics and other events. The agile and speedy robotic dogs are not a new invention, but the events have been created in order to discover new ways in which the British Army can use them.

While the robots are not being deployed to participate in offensive combat, it is hoped that they can be developed to undertake tasks that armed forces personnel cannot do or find too dangerous, such as searching buildings in which there are armed enemies or explosives. Their presence can also help speed up army operations and enable units to stay on manoeuvres for longer. The dogs are also being developed for more humanitarian purposes: seeking out medicines and food in disaster and war-torn areas.

The cost of getting post to some of the UK’s most remote places, like the Scillies, Shetland, Orkney and Hebrides, has led Royal Mail to consider using drones. By 2025, the organisation hopes to have 50 new routes in place, serviced by 200 drones, with long term plans for a fleet of 500.

Unlike the drones being developed by Amazon that carry parcels to individual addresses, the Royal Mail drones are larger, pilotless planes designed to carry mail in bulk to outlying regions, from where items will be transported to post offices before being sorted and delivered by postal workers. The drones Royal Mail intends to use are able to take off and land without a runway, fly in fog, have a capacity of 100kg, can travel up to 1000km and while autonomous, have a backup handler that can operate them remotely.

If the traditional image of a quaint country farm seems as far removed from technology as you can get, you might be surprised to hear that smart farm machinery and equipment have been used in British agriculture for some time. What’s new, however, is that these state of the art pieces of farming kit are now being targeted by hackers. University of Cambridge research has shown that many machines are at risk, including robotic harvesters, drones and crop sprayers.

The major concern is that as this is happening at a time when food supply has been badly affected by the pandemic and the conflict in Ukraine, there is a real risk of it making shortages even worse. Hackers attacking agricultural machinery can prevent crops from being planted or harvested, leading to further shortages, increased prices and putting already struggling farms out of business.

According to IBM’s Global AI Adoption Index, the shortage of qualified talent has caused the pace of AI adoption by UK companies to fall behind that of businesses in the EU. While almost 50% of European firms have increased their use of AI since the beginning of the decade, the figure in the UK is just 33%. In Spain and Italy, the figure is almost 60%.

36% of UK companies say that their AI adoption plans have stalled because they have been unable to recruit employees with the necessary AI skills. This compares to 27% in the EU. It’s not just skills in AI that are causing problems: companies are also finding it hard to find talent in areas like software engineering and programming.

Developers at tech company Mojo have come up with a smart contact lens that not only improves your vision but does away with the need to look at a computer screen. It’s an invention that would enable public speakers to read notes, pianists to read music, and runners to check their routes and distance all without having to look at another screen. It will also help kids everywhere avoid having their phones confiscated by teachers and parents.

According to Mojo, the lens uses a grain of sand-sized microLED display to share critical information, and smart sensors to correct people’s vision. It has a scleral lens, made from rigid, gas permeable glass which extends to the whites of the eyes, and this contains solid-state batteries that power the lens and screen. Although the product has been fully developed, as it is worn on the eyes, it has yet to undergo testing on humans before it can be approved for use. 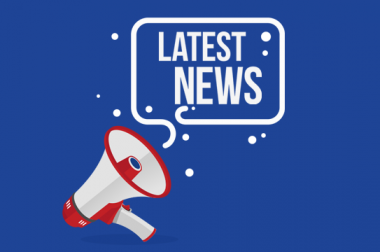 Catch up on this week’s round-up of the latest hosting and tech news. Here’s what we’ve uncovered since our last edition.   Tech helping elderly stay in touch The lockdown is particularly tough on the elderly living in care homes who are unable to receive visits from family. Thankfully, there is a range of technologies being …