While cookie pop-ups are supposed to give us some control over our privacy, for the vast majority of internet users they are a nuisance we wish we could get rid of. Finally, it looks like the ICO is of this opinion itself. Elizabeth Denham, the outgoing information commissioner, is asking her G7 counterparts to work together to end the use of cookie pop-ups once and for all.

It’s not just internet users that dislike cookie pop-ups. Organisations calling for greater privacy controls see them as a problem because their frequency and annoyance means most people just accept cookies without taking the time to understand what they are being used for.

The ICO’s preferred alternative, should everyone else in the G7 agree, is to manage cookie settings universally through devices or browsers, something that would need the participation of tech manufacturers, browser companies and information commissioners. Will this be the solution everyone is hoping for? Watch this space….

In a bid to make shipping more sustainable, the UK firm, Oceanways, has been given a government grant of almost £400k to develop a hydrogen-powered, unmanned delivery submarine. Using a raft of modern technologies, the drone vessel will be able to travel 50 metres below the surface following established shipping routes. Its small size also means it will be able to deliver goods in shallow waters, something larger container ships can’t do.

The first possible route identified is between Glasgow and Belfast, though its developers say it has the potential to go much farther and could even carry goods under the Arctic ice cap. Besides its use of green energy, the submarine is also being adapted to filter micro-plastics from the sea as it travels and provide pollution data back to research centres.

Like cookie pop-ups, passwords are another online inconvenience. We get locked out because we can never remember them and there’s the constant threat that a hacker will guess them and break into our accounts. Microsoft, it seems, has had enough of them and has provided a new and more secure way to log in to its accounts.

With the new password-less login, instead of a password, you’ll be asked to sign in with a fingerprint or other secure method on your smartphone and because only you can provide that information or response, the authentication is more secure. Should you lose your phone or not have it around, you’ll be able to use an alternative login, such as facial recognition, email code, or physical security key.

Downtime for DDoS as a Service provider

A US man responsible for taking down thousands of websites is being sent down for his misdemeanours. Matthew Gatrel, from Illinois, set up DownThem.org and AmpNode.com and used them to sell DDoS as a Service subscriptions to cybercriminals between 2014 and 2018. In addition, he also provided customers with advice on how to bypass DDoS protection and how to attack different hosting providers and machines.

According to the US Department of Justice, Gatrel’s had around 2,000 customers who carried out over 200,000 DDoS operations. Most of the victims were public sector organisations, including local authorities, universities and schools, though financial companies and individuals were targeted too.

Already found guilty, Gatrel will be sentenced in January and is expected to receive a 35-year jail sentence – the statutory maximum.

Those looking for jobs in technology will be heartened by the news from Accenture that the UK has seen a 10% increase in demand for talent in the first half of this year, the first rise since the pandemic began. Overall, the number of tech vacancies rose from 85,000 in January to over 93,000 in July. However, while the news is encouraging, the figure is still over 75% lower compared to pre-pandemic levels.

When it comes to specific skills, the key areas where demand is growing is in emerging technologies. Vacancies in quantum computing have tripled while there has been a 70% rise in the number of positions relating to blockchain technology.

Across the UK, there is a growing demand in hubs across the north and Scotland, particularly in thriving modern cities like Manchester and Leeds where vacancies have risen more than 15%. That said, London continues to offer the lion’s share of jobs, with almost 45,000 tech sector vacancies, equivalent to the rest of the UK put together.

Catch up on this month’s round-up of the latest hosting and tech news. Here’s what we’ve uncovered since our last edition.   Hackers turn caustic While we’re used to stories of hackers breaking into businesses and even governments, it’s very rare that we’ll see them trying to carry out an attack that could cause physical harm … 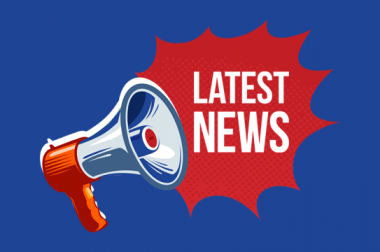 Catch up on this week’s round-up of the latest hosting and tech news. Here’s what we’ve uncovered since our last edition.   Daytime internet use grows As the world goes into lockdown, daytime internet use is surging. In the UK, where people are looking to work from home, stay entertained and video chat friends and family, …