Cornershop is a new London concept store that seeks to transform the high street by merging the online and in-store experience. Using an app, Bluetooth and lidar, the store’s systems will recognise customers as they enter and know their precise location to identify exactly which items they are pointing their phone at and buying.

The store displays a mixture of virtual products on large screens and physical items, including packaged goods and even individual leaves from herbs in a vertical garden. Clothing is tried on virtually with augmented reality technology that uses an uploaded selfie. To provide a complete omnichannel shopping experience, customers can also buy directly from the app even when somewhere else.

Purchases are automatically charged for and paid using the store’s app, and while no one needs to operate a checkout, staff in the control room use state of the art CCTV that can monitor occupation levels, empty shelves and hazards like spillages.

As a concept store, Cornershop is deliberately experimental in its approach and will constantly seek to explore new technologies as they emerge. The focus seems to be more about developing technologies that can be sold to other retailers in a bid to revive the flagging fortunes of the high street, rather than simply selling goods.

While 3D holograms have long been a feature of popular sci-fi films and TV shows, as yet, we haven’t been able to make them part of everyday technology. While this might be still a little way off, Google has recently announced a development that takes us one step closer.

The Starlight Project uses technology that takes video chats to the next level, making it look like you’re talking to someone through a window rather than on a screen. It does this by capturing images in 3D, compressing the data so that it can be delivered in real-time using today’s networks and then rendering it in 3D at the other end. Users who took part in the trial said the imaging was so realistic, it felt as if the other person was in the same room.

At present, the technology needs to be installed in a specially designed booth with cameras all around. Google is currently planning on testing these booths with business partners in the near future.

Ransomware gang, DarkSide has publicly apologised after its attack on the Colonial Pipeline left millions of US drivers without petrol earlier this month. With stations running out and prices hitting record highs, the attack caused an unprecedented backlash across the USA. Surprisingly, DarkSide has since said it will stop carrying out attacks and cease to sell ransomware services to other gangs. Going even further, it has pledged to compensate its victims and give them keys to decrypt their systems. With Colonial Pipeline alone paying $4.4 million in ransom money, that’s likely to be a lot of compensation to pay back.

Tom and Dick are robots, who with AI partner, Wilma, are revolutionising British farming practices. For generations, farmers have been reliant on chemical spraying to eradicate weeds from crops, a practice that goes against today’s attitudes towards the environment and a growing desire for healthier, organic food. Pesticides not only kill weeds living amongst crops, but also those nearby that are important for biodiversity and water stability.

What Tom, Dick and Wilma do is use technology to eradicate only the bad weeds and do so without the need for chemicals at all. Tom is a robot that uses sensors on helicopter type blades to scan 20 hectares a day. Wilma, the brains behind the operation, takes the data from Tom, identifies the weeds and tells Dick where they are. Dick, a robot that looks like a menacing giant spider, then finds the weeds and zaps them with electricity, killing them to the root.

Together, these technologies help increase crop yields and do so in a way that does not harm the environment. What’s also attractive, is that the robots will be completely autonomous – no driving required.

With technology coming under increased scrutiny about the amount of greenhouse gas it produces, particularly from the energy required to power the cloud, the need for more energy-efficient chips has never been greater.

With this in mind, IBM has been busy developing chips that deliver both sustainability and enhanced performance. It has now made what it calls a significant breakthrough by creating a 2nm chip. Compared to the current crop of 7nm chips (the lower the nm number the better), IMB’s new processor works 45% faster. Perhaps even more important for an industry fully committed to net-zero emissions, is the fact that the new chips use 75% less energy. That’s good news for the technology’s end-users and for the planet as a whole. However, with the chip shortage crisis expected to last another two years, don’t expect to see them deployed just yet. 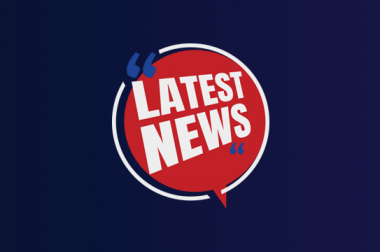 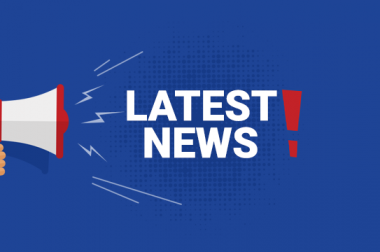