Is your new Dell secure?

If you’ve just bought a new business Dell PC running on Windows, there’s a chance that it could have a security flaw in the preinstalled troubleshooting program, SupportAssist. Left unpatched, the vulnerability could let cybercriminals load malicious files with admin privileges.

According to Dell, who are aware of the issue, the hacker would need to be logged into the system to carry out an attack but, worryingly, would not need admin-privilege to exploit the security hole. Therefore, any non-privileged user with malicious intent would be able to install a DLL that SupportAssist would then load.

The vulnerability affects Dell SupportAssist for business PCs v.2.1.3 or earlier and users should upgrade to v.2.1.4.

A US systems company, Fungible Inc, is developing a new kind of processor to help speed up servers and make them perform better. The new Data Processing Unit (DPU) will work in collaboration with the CPU with each type of chip carrying out the type of workload it is best suited to.

The logic behind the development is that CPUs were originally designed to be compute-centric and to process as many instructions as possible. What they’re not very good at is handling data-centric workloads and with the huge amounts of data now needing to be processed, CPUs struggle with the I/O burden. DPUs are being developed to take over data processing tasks such as encryption and decryption, compression and decompression and firewall services, leaving the CPU free to do the application processing. Obviously, Fungible expects interest in its new microprocessors to mushroom.

Better technology and our constant need to store even larger amounts of data mean the days of the hard disk drive are numbered. The main usurper in this technology coup is the flash technology used in SSD drives. With these getting more affordable and offering far superior performance and reliability, HDDs are beginning to lag behind.

The one advantage HDD does have over SSD is its storage capacity, but developments here are only increasing its disappearance from servers. That’s because HDD capacity is increasing at an enormous rate and manufacturers are only interested in making more spacious drives with 20TB and 50TB models now being developed. Few small and medium-sized businesses and even smaller hosting providers require servers with such enormous storage. Indeed, modern HDDs are primarily designed for tech giants like AWS and Azure.

A specific problem with such huge drives is how to recover such enormous amounts of data if they fail. The other issue is the time it takes to rebuild large capacity HDDs with even 14TB models taking up to five days. If smaller versions are no longer available, a combination of SSD and cloud storage is a far more practical and cost-effective solution.

You’d expect a company that can take satellite images sharp enough for you to see your own home from space would have a good enough idea of when there’s a traffic jam. Unfortunately, that’s not how Google Map’s technology works. There’s no-one sitting in a control room looking at satellite images for lines of backed up traffic. Instead, they rely on user data. If there are lots of logged-in users following a particular route and many of them are moving slowly or are at a standstill on a particular stretch of road, Google Maps understands this to be a traffic jam.

In the main, this has worked out well for its users. However, one very clever and slightly mischievous German artist decided to outwit the tech giant. As a piece of performance art, Simon Weckert decided to buy 99 old mobiles, installed Google Maps on each of them and then took them for a slow walk around some of Berlin’s major roads. It didn’t take long for the fake traffic jams to start appearing on the Google app and many a cautious driver took alternative routes. Just imagine if that had been the M25!

Emotet might sound like a long-dead Egyptian pharaoh but it is actually quite a pernicious Windows malware that has been doing the rounds for quite some time. Worryingly, there’s a new variant that spreads across wireless networks. It uses brute-force to gain entry to networks with weak usernames and passwords and, once in, scans for shared drives that it then goes on to infect.

Once the malware installs itself on a PC, it is programmed to download two further executable files that connect to nearby wi-fi networks. Once in, it begins to execute brute-force attacks on any Windows PC it finds and will infect each one it gets access to. This means if even a single user gets infected, Emotet can spread its malware to all other users on the network or even on surrounding wireless networks. As the malware can use the wi-fi to connect to a command server, it can be used to download and distribute other malware, such as trojans and ransomware. Make sure your wi-fi login details are as strong as possible. 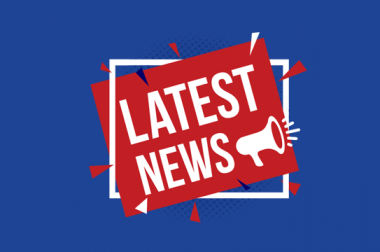 Catch up on this week’s round-up of the latest hosting and tech news. Here’s what we’ve uncovered since our last edition.   Scam site gets Google top ranking Achieving top position in Google search results is something most website owners only get to dream about. The key to success, according to Google itself, is to have … 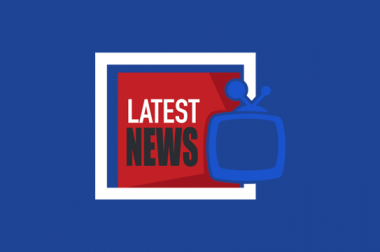 Catch up on this week’s round-up of the latest hosting and tech news. Here’s what we’ve uncovered since our last edition.   £14K robot housekeeper If you thought the robot vacuum cleaner was hi-tech, then the new Stretch RE1 robot will make you seriously reconsider. The first robot from US start-up, Hello Robot, a company founded …