Conservationists at the Zoological Society of London have teamed up with Google to develop an AI-enabled system that will help keepers on game reserves catch poachers and save endangered species.

Until now, the keepers have had to rely on camera traps activated by movement, but these only cover small areas and can only film what appears directly in front of the lens. The new system focuses on sound, analysing gunshots to identify poaching hotspots. Its acoustic sensors can record noises over half a mile away and use AI to analyse audio recordings for signs of a gunshot. This enables anti-poacher patrols to be more speedily deployed and sent to the right areas. The other advantages over a camera trap are that the sensors work around the clock, not just when triggered, and can record things from any direction.

Additionally, reserves can use the data to develop better anti-poaching strategies, deploying patrols in the areas most at risk and at the times when poaching is most likely to happen. In the future, it is hoped that the system can be developed to sense human voices and other activity and help identify the presence of endangered animals on these large game reserves.

According to Let’s Encrypt, users of its popular SSL certificate may find their websites blocked by 850 million Android devices next year. This is because its original root certificate expires next September and older versions of Android, which haven’t been updated since 2016, won’t be able to recognise its new root certificate or continue accepting the one that’s expired.

As a result, all Android smartphones and other devices using version 7.1.1 of the operating system or older won’t be able to connect to websites with a Let’s Encrypt SSL. Instead, visitors will be given a warning that the site is insecure. With a third of all Android smartphones and devices affected, Let’s Encrypt estimate that websites using its free SSL certificates could lose between 1% and 5% of their traffic.

Let’s Encrypt is working hard to find a solution; however, website owners worried about the potential loss of traffic and the effects on their website’s reputation may wish to consider alternative SSL certificates that won’t be affected by this issue. Details of alternative SSLs can be found on our SSL Certificates page.

With the second wave of the pandemic reaching its peak, Black Friday 2020 is set to see its biggest online sales yet. However, it’s not only businesses that are gearing up for a bumper weekend; cybercriminals have also been taking advantage of the Black Friday – Cyber Monday shopping bonanza, sending unprecedented numbers of phishing emails.

According to security outfit, Check Point, phishing emails have increased 13-fold in the last six weeks. At the start of October, just one in 11,000 emails was a phishing attempt, this week, that had risen to one in every 826 emails. With Black Friday on the horizon, there was an 80% increase in phishing scams related to shopping sales, many using terms like ‘special offer’, ‘discount’ and ‘% Off’ and imitating well-known brands.

While Check Point has urged shoppers to be vigilant when an email arrives with a special offer from their favourite brand, the brands, themselves, can protect their customers from the use of email certificates which verify that the email they have received is authentic.

UK luxury department store, Fenwick, has undertaken a major cloud migration in a bid to future-proof the business, improve efficiencies and to leverage advanced technologies.

The move to the public cloud provides the 138-year-old retailer with insightful operation metrics, improved data analytics and the ability to automate security and business processes. The company estimates it can cut IT costs by 24% by migrating from in-house IT to public cloud and aims to make additional savings by analysing departmental IT operating cost data.

The company also aims to use predictive analytics to make better business decisions. This will include the analyses of footfall, social media feeds and the effects of weather to predict purchasing habits and increase revenue.

A survey of over 1000 managed service providers by Cybersecurity firm, Datto, has found that ransomware is the biggest threat to small and medium-sized businesses. The survey showed that SMB customers of 60% of providers had been affected in the first three quarters of 2020, with downtime costs averaging £200,000, almost twice as much as in 2019 and six times as much as in 2018.

Almost 60% of US and 42% of European providers said remote working put in place because of the pandemic had led to an increase in ransomware attacks, while over half said that moving client workloads to a cloud environment increased vulnerabilities.

The main targets of ransomware attackers have been healthcare organisations and businesses in the finance and insurance sector. The most common form of attack has been phishing with criminals targeting users of Windows PCs in particular. 85% of European providers also noted that the cost of downtime was usually greater than the ransom amount. Businesses are reminded of the need for a secure backup solution to help them recover quickly from an attack. 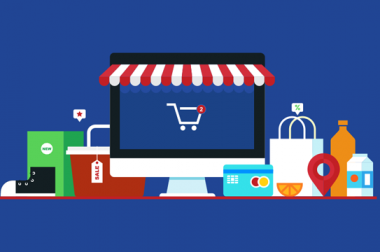 While Magento is a fantastic eCommerce platform straight out of the box, there are a plethora of extensions available that can enhance your online store and give you the additional functionality to help you run your business better, make your site more appealing for customers and boost conversion rates. Here, we’ll look at 5 must …

On the Internet, organizations who have a web sites and also get huge traffic usually use load balancing technique to manage server. Every webmaster keep a complete eye on there load balance to mange the web server traffic. The web servers are one of the most important factor for growing business. As sever administartor manage the …