A zero-day vulnerability has been discovered in File Manager, a plugin in active use on over 700,000 WordPress websites. According to security site, Wordfence, the vulnerability enables unauthorised users to execute commands and upload malicious files on affected sites.

The plugin, which helps admins manage their files, contains an open-source library which creates a simple user interface and delivers the plugin’s core functionality. This library contained example files that had no access control restrictions and which could be accessed by anyone to initiate commands.

The developers have created a patch to fix the vulnerability and this was released on September 1. However, as the vulnerability is being actively exploited by hackers in the wild, File Manager users are urged to update to the latest version without delay.

While web hosts and website owners go out of their way to make websites load faster, all that effort can be in vain if the network on which the data travels isn’t up to the task. Despite Boris Johnson’s promise to transform connectivity in the UK, a recent report by Cable.co.uk paints a pretty lacklustre image of British broadband.

According to the report, the UK is only ranked 47th, globally and 22nd in the EU for its broadband speeds. While the UK can only muster an average speed of 38Mb per second, its offshore territories, Jersey and Gibraltar, are averaging out at 218Mb and 133Mb per second, respectively.

The report not only indicates the poor performance of UK broadband but also its lack of development. Last year, the UK was ranked 34th globally and has fallen 13 places in the space of 12 months due to other countries investing more heavily in upgrading their infrastructure.

The main reason for the UK’s sluggish performance lies in its reliance on older, outdated infrastructure. While Virgin Media has invested considerably in pure fibre cables and can deliver speeds of up to 512Mb per second, many of the other providers are limited to technology that can only reach about 70Mb per second. As a result, speeds in the UK are about half the average of those in the EU.

The recent v5.5 WordPress update brought with it a host of exciting new features; however, it also unleashed JavaScript errors that broke millions of websites in the process. Since then, WordPress has issued a patch, v5.5.1, which provides a fix for all the themes and plugins which failed to work after the v5.5 update.

This is only a temporary solution and will cease to work from March 2021 onwards when version 5.7 will be released. Developers of the affected themes and plugins have until then to provide their own patches and site owners will need to install the updates if they want to continue using the software. Some developers have already applied a fix, so if you have been affected, it might be wise to update now.

While traditional industries are struggling with the economic downturn, the UK’s digital tech sector is forecast to see a 35% growth in global exports over the next five years. According to Tech Nation, exports of British digital technology will increase by over £8 billion to £31 billion by 2025.

The UK’s digital tech sector is already well placed in the global market. The UK imports far fewer goods than it exports, with an annual surplus of 55%, and ranks fifth among the world’s largest digital tech services exporters, behind India, USA, China and Germany.

Another reason for the prediction is the high number of British ‘tech unicorns’ – startups with a value of over $1 billion (US) that have the potential to be market disruptors. The UK has the highest number in Europe and the third-highest globally.

Boffins at Harvard, in collaboration with Sony, have developed a minuscule robot capable of carrying out precision micro-surgery manoeuvres. The size of a tennis ball and weighing as much as a one pence piece, under test conditions the robot has been able to carry out procedures such as puncturing tubes little wider than a human hair.

At present, the device is currently carrying out mock surgeries; however, with Harvard brains and Sony’s finance and R&D resources, it could well become a very useful piece of medical equipment in the future, perhaps performing delicate operations on organs like the brain and the heart. 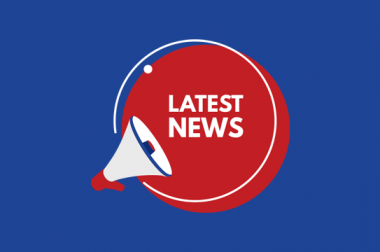 Catch up on this week’s round-up of the latest hosting and tech news. Here’s what we’ve uncovered since our last edition.   Newcastle University ransomed A cybercriminal group, known as DoppelPaymer, has carried out a ransomware attack on Newcastle University and is holding it to ransom by threatening to release personal data about its staff and … 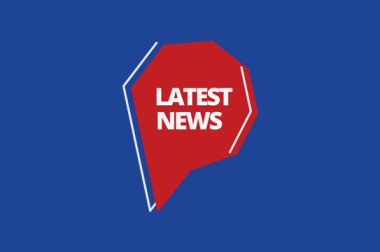 Catch up on this week’s round-up of the latest hosting and tech news. Here’s what we’ve uncovered since our last edition.   Underwater survey robots You may be surprised by the amount of underwater surveying that happens. It’s used to find the best places to lay cables and pipelines, site oil rigs, install off-shore windfarms and, …