You may be surprised by the amount of underwater surveying that happens. It’s used to find the best places to lay cables and pipelines, site oil rigs, install off-shore windfarms and, remarkably, to locate the multitude of unexploded bombs that still litter the seabed 75 years after the end of WWII. With traditional methods of surveying costing upwards of £100,000 a day, the development of AI-enabled underwater robots is seen as a more economical way forward.

The biggest fish in the underwater robot pond is Bristol-based Rovco, whose latest vehicle can survey the seafloor with little human intervention. The robot has an AI system which is trained to recognise items on the seabed in real-time, removing the need for human analysis of often fuzzy underwater images. This cuts both the time it takes to carry out the survey and the cost of human analysis.

While the impact of the pandemic had made results day nervy for all UK students, for those at Myerscough College in Lancashire it was even more traumatic thanks to a distributed denial of service (DDoS) attack that took the college’s server offline.

As a result of the attack, all of the sport and agricultural college’s IT infrastructure was damaged and it was unable to post results to its students. As a consequence, staff had to communicate via social media and individually email each student with their results – a procedure which took hours to carry out.

DDoS attacks are quite common against public institutions and involve bombarding their servers with so many requests that they are unable to cope and fail. At the time of writing this, several days after the attack, the college’s student and parent portals were still offline.

A glitch in the latest version of Adobe’s Lightroom app for Apple devices has permanently wiped the images, edits, watermarks and presets of many of its users. The issue mainly affected those who stored their images on local devices, however, some of Adobe’s cloud storage service customers also reported losing thousands of photos.

Adobe has now removed the offending v5.4.0 update and replaced it with v5.4.1. While this prevents the issue affecting those who upgrade from now on, unfortunately, it won’t restore the images already lost by customers.

This is the second image storage issue to be announced in August. Two weeks ago, Japanese camera company, Canon, reported that a botched upgrade to its software had deleted customer videos and images stored on its cloud servers.

While reputational damage and fines from the ICO are common consequences of data breaches, perhaps more costly is the possibility of a class-action lawsuit. This is the scenario facing hotel group, Marriot, following a data breach back in 2018.

The lawsuit, filed by Martyn Bryant, founder of Big Revolution, is on behalf of affected customers who are based in England and Wales and claims that Marriott International failed to take ‘adequate technical or organisational measures’ to protect the personal data of its guests. Overall, it is estimated that the records of 339 million customers were lost, some of which potentially contained sensitive information, including financial data and passport details.

The ICO has already investigated the breach and found the company guilty of failing to ‘undertake sufficient due diligence’ or to have done enough to make its systems secure. As a result, it will fine the company £99 million. This, of course, is only in the UK: the company may also face legal consequences in the USA and elsewhere.

Unfortunately for Marriott, it has suffered another data breach this year, with the details of over 5 million guests being lost. These included users’ contact, gender and birthday details, company, partnerships and affiliation data and loyalty account information.

Google to use mobiles to detect earthquakes

Google aims to develop a global earthquake detection network by using the accelerometers built into every Android smartphone. When combined with the phone’s location data, these will turn mobiles into mini seismometers that can help detect earthquakes and tremors.

With 2.5 billion active Android users across the planet, this gives Google enormous capacity to detect early tremors and the extent to which an earthquake can be felt. With its enormous IT resources and the use of technology like AI, it will enable the company to send earthquake warnings anywhere on the planet and potentially save countless lives.

Google will begin rolling out the system in California, a US state that sits on the notorious San Andreas fault and which is prone to earthquakes. 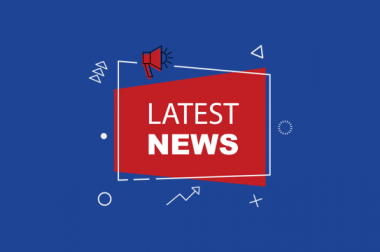 Catch up on this week’s round-up of the latest hosting and tech news. Here’s what we’ve uncovered since our last edition.   Hackers carry out Robin Hood publicity stunt While there is speculation over whether Robin Hood really existed, his deeds of robbing the rich to give to the poor are the stuff of legend and … 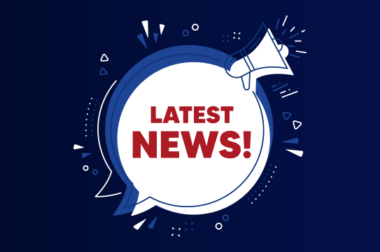 Catch up on this week’s round-up of the latest hosting and tech news. Here’s what we’ve uncovered since our last edition.   VR job interviews While technology has slowly been creeping into the recruitment process for several years, it’s always been with the purpose of choosing the right candidates for interview. Now, by combining AI and …