Carnival Corporation, the world’s biggest cruise company and owner of brands such as the Cunard Line, Princess Cruises and P&O Cruises, has been hit with a ransomware attack. The attack, which was detected on 15th August, was the second the company has announced this year.

When filing the incident with the US Securities and Exchange Commission, the company stated that hackers had accessed, encrypted and stolen data from one of its subsidiary cruise operators, though the specific company has not yet been named. It also noted that it expects the security breach to have included data belonging to both employees and customers.

Carnival has implemented ‘containment and remediation measures’ to mitigate the impact of the breach and is in the process of reinforcing the security of its IT systems. The hack follows a difficult period for the company. Cruise holidays have been hit badly by the pandemic and several of its vessels were denied access to ports because of COVID-19 infections among passengers and crew.

The UK government is looking to accelerate the use of hands-free, automated driving on British roads and motorways and wants to commence rolling this out as early as next spring. As part of a consultation, the Department for Transport is assessing automated lane keeping systems which control a vehicle’s movements and enable it to stay in lane.

According to the Society of Motor Manufacturers and Traders, Level 2 automated systems, which are already fitted into some existing vehicles, enable cars to steer themselves and stay in lane, even when the road curves. The society believes this technology can reduce the number of accidents on UK roads, though the drivers will need to remain alert and stay ready to take over.

The technology has already been approved by the United Nations Economic Commission for Europe, of which the UK is a member, and this means only minimal changes to the current law would be required before allowing hands-free driving at national speed limits. This could make long-haul motorway driving far less tedious and reduce driver tiredness, a key cause of accidents.

While faster loading web pages have been rewarded with higher rankings since 2015, Google is about to go one step further by labelling fast-loading websites with a ‘fast page’ badge in its Chrome browser – similar to how it labels secure websites. The search engine will begin the roll-out with the Android version of its Chrome browser.

For websites wanting to achieve the fast page badge, Google will examine how long it takes a page’s main content to load, the time it takes before users can interact with the content and how visually stable a page is. This latter criterion will look at things like pop-ups and unexpected changes to the page’s layout.

The badges are designed specifically to help users with weak internet connections find websites that will be easy to access and are only visible to those who have turned on the ‘Make Searches and Browsing Better’ feature or activated the Lite Mode. The badges are perhaps most useful to websites that target users in rural or remote areas, those using public transport and those with older smartphones.

According to the UN, the number of phishing websites increased by 350% in just the first quarter of 2020. Most of these were created to exploit public concerns and business weaknesses resulting from the pandemic and the lockdown. The findings corroborate figures released by Google, in April, which warned that 18 million of the 100 million phishing emails it blocked every day were COVID-19 related and many of these were targeted at remote workers.

Many of the phishing attacks also impersonated health organisations. The World Health Organisation discovered that emails impersonating its officials were being sent to individuals, asking for donations. Recipients were sent to fake sites where scam donations were taken and financial details stolen.

In the UK, email and telephone scams have been used with cybercriminals pretending to be from the NHS Track and Trace program. Those targeted have been told they have been in close contact with an infected person and need to be tested for COVID-19. They are then asked to order a home testing kit online or over the phone for which they are charged £70 by the scammers.

With business and residential customers more reliant on broadband than ever before, consumer comparison website, Uswitch, undertook a survey looking at the outages experienced by consumers across the UK over the last 12 months.

According to the research, the average UK household went offline for over 24 hours in total during the last 12 months, with residents in Leeds recording a whopping 54 hours’ downtime. Nationally, over 5 million customers endured an outage of over three hours.

Residents in Bristol lost over 3 million hours of connection, more time per person than anywhere else, while Norwich had the highest proportion of affected residents at 15%. Those in the capital, meanwhile, had the most outages, more than seven.

The figures highlight the disruption that outages can cause to both householders and businesses, especially with the significant number of employees relying on broadband to work remotely during the lockdown. 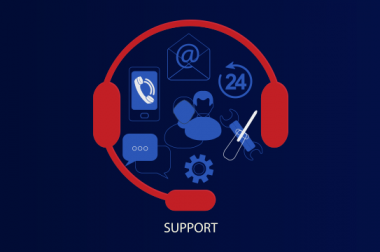