The fear of food scarcity during the pandemic has led to an increase in the sales of advanced vertical farm units, many of which are being adapted for small, local businesses and even for individual households.

Consisting of racks of growing beds stored vertically, lit by LEDs and with plants fed and watered automatically, they enable homeowners, restaurants and grocers to grow large quantities of fruit, vegetables and herbs in small spaces and thus overcome any supply chain issues.

Increasingly advanced, most come with an app that notifies users about the plants’ development and when to harvest them, while some incorporate IoT technology that uses sensors to detect plant growth and modify soil nutrients to optimise and speed up development.

While not cheap to purchase, they are a long term investment. A homeless centre in the US recently invested $100,000 in a large set up that has yielded $40,000 worth of harvest in just nine months. The other advantage, of course, is that by taking charge of plant growth, owners can ensure that the food they eat is free from pesticides and other chemicals.

Following the recent high-profile hacking of Twitter accounts, the platform has also warned of a security flaw that requires millions of its Android app users to update to the latest version. Affecting devices using Android versions eight and nine, according to Twitter, the vulnerability enables malware to access users’ private data, including personal messages.

Anyone who has Twitter set to auto-update will already be protected, but the company estimate 4% of its billion-plus Android users were still vulnerable and should update as soon as possible. It will send users an in-app notification should they need to update. As far as the company knows, the vulnerability has not yet been exploited by any criminal actors.

While businesses rarely reveal the true cost of a hacking attack, public bodies like local councils are obliged to be transparent and this enables everyone to understand the full impact of an attack. This has happened recently to Redcar Council when its website was taken offline leaving 120,000 people without services such as online appointment bookings, social care advice, planning documents and the local authority housing complaints system.

The attack cost the council £10.4m in total, of which £2.4m was needed for disaster recovery and replacement infrastructure. The majority of the cost came from its impact. Individual departments suffered £3.4m of damage and the council lost over £1m from unpaid enforcement income and reduced council tax and business rates collections.

Despite having appropriately configured, industry-standard tools in place to protect its systems when the attack took place, the remaining sum will be spent upgrading its infrastructure to strengthen security even further. It will also spend a significant sum on consultancy to put this in place.

Coca-Cola is the latest major company to migrate to the cloud as part of its ‘cloud-first’ digital transformation. Opting for a hybrid cloud setup, the world’s most famous brand is using the move to cut operational expenses and increase IT resilience. It also aims to benefit from the use of data analytics and AI, to provide it with better business insights and improve the service it gives its customers.

As part of the move, the company aims to streamline existing infrastructure and develop a platform for standardised business processes, technology and data. It will also deploy a single-dashboard, multi-cloud management system in order to integrate the private and public components of its cloud infrastructure as well as any legacy systems it will still operate.

Canon shoots itself in the foot

Japanese tech giant, Canon, has permanently lost some of its users’ media files after an attempt to switch to new software went wrong. The company, which makes cameras and video equipment, offers its customers an online hosting service, image.canon, where they can store their photographs and videos. The service is highly popular with professional photographers and videographers.

When attempting to update the service’s software to a new version, the company discovered a problem with one of its long-term storage options that resulted in photos and videos being lost.  While Canon has been able to restore some of the still images, unfortunately, many of the videos have been permanently deleted. 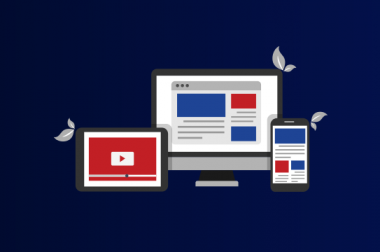 There is very little business activity that doesn’t leave a carbon footprint and this is true of running a website. With governments demanding net-zero emissions and consumers increasingly in search of eco-friendly brands, website owners are under growing pressure to make their sites more sustainable. In this post, we’ll look at the benefits of becoming …

What are SPF Records? How do I Set an SPF Record? – Sender Policy Framework

What are SPF Records? How do I Set an SPF Record? – Sender Policy Framework

What is SPF (Sender Policy Framework)? It’s first important to note that not all servers check whether a domain has SPF set up, however if they do, most servers will either mark e-mail sent as spam or automatically delete it if a server sends an e-mail when they are not authorized to do so for …