The rising number of people working from home has led to a surge in the number of employers using ‘Big Brother’ software to remotely monitor their employees. The platforms keep track of the time workers spend on devices and the work they carry out and are designed, primarily, to provide insights to improve productivity.

However, as they also gather keystrokes, screenshots, browsing histories, copies of communications and other kinds of data, there is a growing concern over privacy rights – especially as consent is not required. This gives companies access to any private data held on the device as well as screenshots taken of private conversations. It may be something many more workers have to get used to in the future, though there will no doubt be much debate over the extent to which this type of software can be used.

A major XSS attack, targeting vulnerabilities in outdated plugins and themes, was launched at over 1.3 million WordPress sites at the end of May. According to the security firm, Wordfence, the attack was so large it used 20,000 different IP addresses and accounted for three-quarters of all vulnerability exploits on WordPress over the period.

Worryingly, the attack seems to have been carried out by the same group which led a similar assault in April, as the same IP addresses were used in both. This time, however, it targeted over a million different websites with the aim of downloading their wp-config.php files. This file contains a website’s database credentials and would allow a hacker to access the database and steal its content and user data.

Attacks like these can be avoided by making sure plugins and themes are up to date and installing security plugins, such as Wordfence.

Houston, we have a problem

Digital Management, a US service provider that supplies digital transformation technologies to NASA, has been whacked by an asteroid-sized ransomware attack. An outfit calling itself DopplePaymer has encrypted thousands of the company’s servers and helped itself to a payload of sensitive data, including employee HR documents, forecasts and invoices.

DopplePaymer’s ransomware is specifically designed to target large-scale enterprise systems, like Digital Management’s. It compromises the company’s networks, gains access to admin credentials and then deploys its ransomware across the entire system, encrypting all devices – in this case, over 2,500 workstations and servers. It then steals data and publishes examples of it online, effectively forcing the company to pay twice, once for the ransomware decryption key and once to pay the hackers not to leak reputation-damaging information into the public sphere.

The global lockdown has made life difficult for farmers and fishing boat owners across rural and coastal Asia. With many living in poor, undeveloped areas, the closure of local, open-air markets left them without a place to sell and led to the possibility of enormous quantities of food, flowers and seafood being left to rot.

Yet, even in these sleepy backwaters, many have been able to keep their businesses going thanks to Lazada, an e-commerce platform based in Singapore. The platform has opened up new opportunities for produce suppliers in Malaysia, Indonesia, Thailand and Cambodia, helping them move from traditional market selling to online retail. As a result, consumers in the poorest areas of these countries who were left without a place to buy food can now get it delivered. As these regions have little or no broadband infrastructure, mobile phones are the predominant method of placing an order.

It’s a lesson for everyone about how eCommerce can help companies adapt and survive during a crisis. If it can be achieved in remote, rural Asia, it can be done anywhere.

Have a gawk at the Hawk

If you ever wondered what a supercomputer looked like or how it worked, now’s your chance to find out. AMD has provided a virtual tour of the Hawk supercomputer, a beast of a machine based at the University of Stuttgart.

The Hawk is an Apollo System computer, built by Hewlett Packard Enterprise and featuring AMD’s 2nd Gen EPYC processors. Its 44 racks of hardware contain 720,000 compute cores and provide researchers with up to 26 petaflops of compute power. Scientists and engineers at the university will use the Hawk to run advanced applications to research areas like climate, energy, health and mobility.

Considered the fastest scientific computer in Europe, the 360-degree virtual tour allows viewers a detailed look at the technology behind the Hawk. For more detail, there are a series of in-screen explainer videos you can click on as you work your way around the tour.

Catch up on this week’s round-up of the latest hosting and tech news. Here’s what we’ve uncovered since our last edition.   Google goes greener While most companies are struggling to become carbon-neutral, Google met that milestone thirteen years ago. This week it announced that it’s gone much further, having cancelled out its entire carbon footprint, … 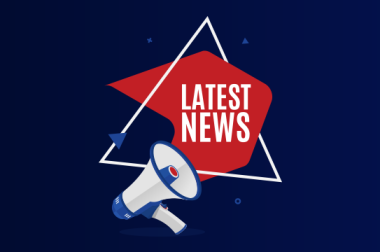 Catch up on this week’s round-up of the latest hosting and tech news. Here’s what we’ve uncovered since our last edition.   We’re moving HQ Webhosting UK, together with parent company, Hyperslice and sister company, eukhost, have relocated headquarters to the Platform Tech Hub, adjacent to the train station in Leeds. The relocation brings WHUK’s experience …