What Makes a Cloud Environment Reliable?

What Makes a Cloud Environment Reliable?

Cloud environments are regularly touted as providing 100% guaranteed uptime, making them amongst the most reliable services available in the web hosting industry. Although dedicated servers have been able to provide similar uptime rates for a long time now, this hasn’t been without its cost and what has made the cloud popular is its relative affordability in comparison.

With all this considered, you’re probably wondering what ingredients go into the cloud to make it as reliable as it is, well read on to find out.

The support of multiple servers

A cloud environment is comprised of multiple servers that are controlled by a common piece of software known as a ‘hypervisor’. Rather than running an operating system such as Windows or Linux, the hardware underpinning the cloud is based on this hypervisor software so that it has direct access to the hardware on the server and therefore better control; running virtualisation software on top of an existing operating system can sometimes cause compatibility and permissions issues.

With all of these servers being controlled by central servers and running a common piece of software, all resources are virtually pooled and the cloud is treated as a single entity rather than as a collection of individual servers. Virtual machines in the cloud can be transported across the cloud as dictated by server availability; if one server fails, the VMs hosted on that server can be moved over to another server almost instantaneously so that users don’t experience any disruption to their service.

A central SAN, or Storage Area Network, which is basically a large collection of hard drives hosted in a network-connected appliance, usually managed storage in the cloud. The central storage architecture contributes to the ease of transporting VMs across servers since all data is stored here so when a virtual machine is migrated to another server, the VM’s actual data doesn’t need to be moved.

All this aids the reliability of the cloud by providing an environment that is resilient against hardware failure.

To accompany the multiple servers that power a cloud environment, network and power redundancy also assist in providing a service that is capable of achieving 100% uptime.

Network redundancy is fundamental in allowing external access to websites and servers that are hosted in the cloud and you will be hard done by to find an ISP or data centre provider that hosts its servers on a single connection. In the case of our cloud, you will find that your virtual machines will be hosted on a cloud in a data centre that utilises multiple Internet connections so that if the primary connection does fail, you will still have full access to your cloud servers.

N+1 redundancy has also been used in the design of internal networks; if you imagine N = a piece of networking hardware, +1 is the exact same piece of hardware. Network item N is the primary piece of hardware that is in use, whilst +1 is a backup that is available for the network to fallback onto in the event of the failure of the primary networking appliance.

Power redundancy is just as important as networking redundancy. If the power to the hardware in the cloud fails then in any place other than a data centre, this would result in the entire environment crashing because it has no electricity to run it.

However, in a professional data centre a cloud will be running off multiple power feeds. As is the case with network redundancy, multiple power feeds have been used so that in the event that the primary power feed is cut off, electricity can still be supplied from other sources. Other typical power redundancy measures taken include UPS (Uninterruptable Power Supply) batteries and diesel generators that can provide power for the short-term in case of a complete blackout.

All server hardware needs to be professionally maintained if it is to remain operational. And the cloud is no exception to this rule; indeed having professional support engineers available around the clock is one of the core pillars of a reliable cloud environment.

In the case of our cloud services, we provide full 24×7 support so that we are on hand to deal with any issues in the cloud the moment that they are discovered. Similarly as your package includes this full support, you can call on us to help you with any issue at any time of day so that you can get the most out of your cloud servers.

It doesn’t matter whether hardware needs replacing, or software needs installing or updating, support engineers are the only people who have the technical knowhow to achieve these things and the chances are that the cloud would simply grind to a halt if such tasks weren’t performed on a regular basis.

For secure, high-performance and reliable Cloud hosting, visit our homepage. 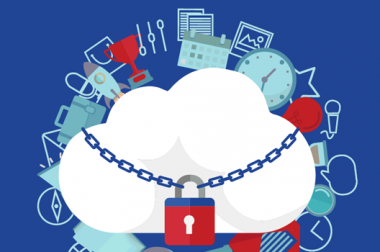 The public cloud offers a wide range of benefits to those organisations who use it. With reduced capital expenditure on hardware and in-house IT infrastructure, together with services such as SaaS, PaaS and IaaS, it offers unparalleled flexibility, improved ROI and enables IT teams to focus on more business-critical projects. However, from a security perspective, … 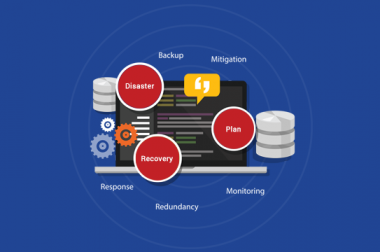 IT disasters have a variety of causes: hardware failure, human error, intrusion, infection and even natural disasters like floods and earthquakes. All businesses are at risk and there’s little we can do to predict when disaster will strike. As we’re so reliant on our systems, the only thing we can do is put in measures …