What Are The Differences Between Cloud and Virtualisation?

What Are The Differences Between Cloud and Virtualisation?

The IT world is well known for its use of jargon and the terms ‘cloud’ and ‘virtualisation’ are clear examples of where people get confused about meaning, often thinking that the two words mean the same thing. In reality, whilst the technologies are similar, they have significant differences which need to be understood before making business decisions on which one to opt for. To help, we’ve put together a guide to give you a clearer understanding.

How cloud computing is different from virtualisation

Virtualisation is the process of creating multiple virtual environments on a single server. It does this by using virtualization software, known as a virtual machine monitor (VMM) which separatess compute environments from the physical hardware – this makes it possible to run several operating systems on one computer at the same time. In other words, virtualisation allows you to have several virtual servers for every physical server you buy.

The confusion with cloud comes from the fact that cloud computing uses virtualisation. In a cloud data centre, the large numbers of servers are virtually partitioned, but it is not the virtualisation that makes the cloud. Instead, we should think of cloud as the delivery of shared computing resources, software or data as a service via the Internet.  Cloud computing, therefore, allows businesses online access to complex applications and enormous computing resources as well as providing elasticity, scalability and  automated management on a pay-per- use basis.

What are the benefits of Cloud & Virtualisation?

One of the biggest advantages of virtualisation is that you can significantly reduce capital expenditure because you can run multiple virtual servers on fewer physical servers.

This also enables you to use your servers more efficiently by making better use of available resources and capacity. As a result,  you’ll need less power consumption to carry out your tasks and can lower your energy costs as well.

In addition, as each virtual machine is capable of running its own operating system, you are able to run more more applications simultaneously; in essence, giving you the power to do much more with less – this is particularly true with running large relational databases, virtual local area networks and storage area networks.

Another advantage is that virtualisation can also be applied to storage hardware, enabling you to create a unified storage repository that is accessible to everyone on the network, regardless of where on the premises they are based. This can help employees collaborate much easier and make data storage more secure.

Perhaps one of the biggest benefits from an operational perspective is that virtualisation can lead to higher availability. As maintenance can be undertaken on one virtual server without disrupting the others, there is less need for downtime. So, for example, if you run different applications on separate virtual servers, you can upgrade one application whilst keeping the others running as normal.

Finally, for those who may have concerns about privacy on virtualised machines, you can rest assured that you can replicate the same privacy levels in a virtual environment as you can in a physical one.

One of the biggest attractions of cloud computing is cost efficiency. Locating your system in the cloud means that you do not need to invest heavily in creating your own data centre, so there is a much reduced initial expenditure than with traditional technology. This includes the cost of premises, hardware and HR. In addition, cloud computing reduces licensing fees, storage costs and expenses associated with software updates.

Scalability is another advantage. You can instantly scale up computing resources to meet demand and benefit from only paying for the services you use. This can be very helpful for businesses that have seasonal peaks or for those with occasional spikes, providing them with a flexibility that cannot be achieved using dedicated servers.

Both backup and recovery are also much easier to perform in the cloud. Backups can be automated and continuous and because of scalability, storage size isn’t an issue. With recovery, if a server error is detected, the virtual machines on which your operations run are easily migrated between clustered servers ensuring that your system and mission critical applications stay operational. This is obviously far superior to the disaster recovery methods needed with traditional servers.

The final advantage of cloud computing is that it enables easy deployment. An entire system can be fully operational within minutes – which can help give businesses a competitive edge in fast moving markets. For those who have traditional data centres, cloud’s speedy deployment means it offers a much faster, effective and cost efficient disaster recovery model than having to maintain a redundant centre on a different site.

Cloud or virtualisation, which is best for you?

There is no definitive answer to this question. Different organisations have their own needs and have to take into consideration their current set up and the financial implications involved.

The decision is also complicated by the range of options on offer. For example, with cloud computing, you can choose to have a private cloud,  be hosted on a public cloud or even create a hybrid of the two. Virtualisation options go from buying a single virtual private server on a hosted plan to buying multiple physical servers on which to create an even wider range of virtualised machines.

Overall, virtualisation is a viable option for companies that already have the in-house expertise and capacity to maintain and manage their own system. It is particularly useful for those companies who run bespoke or legacy software that might have compatibility problems with the operating systems and software used on cloud networks. It is also a useful model for those organisations that store highly sensitive data which they do not wish to be stored in the cloud.

Cloud, on the other hand, offers smaller companies the ability to compete on a much more level playing field with larger organisations by providing them with enterprise class resources that would normally be beyond their financial limits. It offers freedom from capital investment in IT, removes the need to undertake day to day management of the software and hardware, reduces software costs and offers, as yet, unparalleded scalability and availability.

From reading this article you should now have a clearer understanding about:

If you are considering using cloud computing, and would like to know more about our services, visit our cloud hosting page.

The Future of Cloud Computing: 7 Predictions 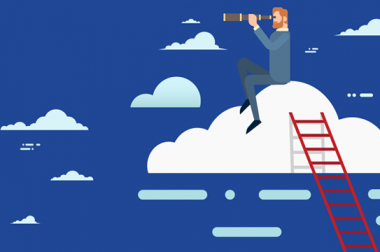 The Future of Cloud Computing: 7 Predictions

Over the last few years, there has been an incredible shift towards cloud computing. 78% of UK businesses already have some of their IT services in the cloud and 63% have plans to move their entire operations to cloud computing before the end of the decade. It’s not surprising, considering the existing benefits cloud technology …

Cloud Solutions to Optimise the Performance of Your Company

Cloud Solutions to Optimise the Performance of Your Company

Much more than just a fad, cloud computing is a reality in the market and may be all that your company has always sought to achieve increased productivity in operations and business. A few years ago, businessmen from various sectors constantly complained that some systems and solutions were unattainable to their billing levels, making competition …