What can an ordinary VPS server offer me over a hybrid VPS server?

The resources that are offered with a hybrid VPS server also mean that you can come to expect a higher level of uptime from your VPS server, and this is one factors which most businesses will seriously consider when choosing a web hosting service; since you will have access to your own dedicated environment only you can affect the performance of your hybrid VPS server, but because of the resources that you have at your disposal it is unlikely that you are going to face any reliability issues. Security is something else which hybrid VPS servers are able to offer since the large resource assignments that are available will allow you to secure your VPS server properly; this is another factor which businesses will consider in a web hosting service since a compromised web hosting environment can cause businesses serious problems. In summary, a hybrid VPS server can offer you the following over a regular VPS server:

In conclusion, VPS servers and hybrid VPS servers are both forms of virtual private server hosting but are designed for different audiences. Ordinary VPS hosting is aimed at people with lower budgets and is seen as a stop gap in between shared web hosting services and dedicated web hosting services, as is reflected in the cost of a VPS server. Hybrid VPS servers are aimed at businesses and are able to offer resource and reliability levels that are similar to those of dedicated servers; however, they do cost more than your average VPS server but are able to offer you a lot more.

A Gravatar stands for globally recognized avatar. Gravatar are simply small (static or animated) image of aroung 80*80 pixel generally found at weblogs. These small graphic are used for identification purpose, so visitors can make you out easily just by looking at the gravatar. These graphics are placed beside your name in weblogs. Not all … 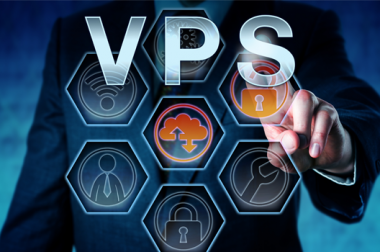 Congratulations. The good news is that your website has become really successful. You’re getting thousands of visitors a day and your sales have steadily increased. As a result, you’ve got plans to extend your site, add new features and launch a new marketing campaign to bring in even more traffic. But there’s a problem, your …