VoIP Hosting : The Best Solution For Your Phone Call

VoIP Hosting : The Best Solution For Your Phone Call

VoIP services are known for (Internet Protocol) telephones. VoIP servers are used for majority of reasons like VoIP Server,VoIP Exchange Server,PSTN and many more. VoIP uses a dedicated electric circuit with high capacity copper wires through a central telephone office and into the circuit-switched telephone network (aka PSTN).

A IP data network encapsulates digitized voice data into TCP/IP data packets which are then routed to a call handler. The call handler is actually a VoIP (Voice over IP) server. The company or organization which runs the VoIP server is the VoIP service provider.

The VoIP server efficiently completes process and its functions are completely handled by a PSTN or Private Branch eXchange (PBX), or telephone switching system. While talking in some of the other IP phones, only the network is used.

The VoIP server manages the entire loads on any of the phone when it powers up with its pre- programmed instructions. The router routes the calls to the appropriate phone box when a call is placed using that network. The network itself should support qualitative service which is technically known as (QoS) or the type of service” (TOS), to give the voice traffic highest priority in the entire network queues than other types of data traffic.

VoIP servers passes the digitized voice traffic across the local or global area networks campus, organisation networks, or over the Internet with the help of IP. In short, a VoIP phone is a device which is a practical way known as a telephone and this type of telephone can be used in telephonic call or conference.

The calls are completely managed  by a VoIP server a client is using, which effectively replaces the PBX in an all-VoIP environment. It can terminate the VoIP phone call to pass the data packet to a PBX to enter the PSTN network.

The VoIP server judges the that the dialed call must leave the data network and enter the PSTN network, so it uses a VoIP gateway to connect the call to a PBX. The routing gateway may be the local PBX or can be the remote one (one in another geographic area, and closer to the person being called). The PBX then handles the call like any other.

Shifting to VoIP is a relatively easy process. A user can easily download phone system software directly from a provider’s website and implement the new system within a few hours. VoIP phone systems are internet-based telephony- a great choice for the small businesses, large organization, even for households.

For more information about our managed web hosting services, visit our homepage. 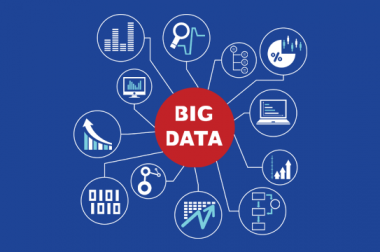 The amount of data being created in the digital world has increased to such a level in the last few years that there is not, at present, enough capacity to store it all. This has put many organisations in a position where they have so much data they are struggling to manage it effectively. In …

Set SPF Record for Your Domain

Set SPF Record for Your Domain