What do Social Networking sites bring to you – A Social Life, Online! How many of you lock social contacts online and revive them online at the touch of an index finger – about three-fourth of the world population does! In fact, there’s almost a 100% chance that you are using it right now, in the neighboring tab.

Does that mean you are using the Cloud? Snap! We’ll see it in a while.

The Wiki-stats speak about the existence of 200 social networking websites – listed from A to Z (excluding a few arguable websites), virtual communities of more than 100 million users and the list isn’t still exhaustive.

Let’s take the example of the all-famous Facebook or the professional business networking website LinkedIn and check what the figures are, for them-

Founded in 2004, leader with 1.2 billion members, 250 million users accessing the website daily, needn’t put in a thought to say that it’s the social giant Facebook. Now, not just generalizing the audiences, but specifying it. Facebook’s power to connect people on the professional front, adding value to their businesses, creating specific corporate sections on the page of the book as a new way of promoting their pro services.

Getting to know the Mid-2013 actual’s by the giant itself, Facebook announced that there are 1 Million active corporate advertisers that have advertised on their networking channel at least once in 28 days. One more, 25 Terabytes of log data every day. Good Going.

A peak in the professional networking website which has lately discovered new dimensions and is smoothly disowning the “business networking” tag and waving the social flag. The count of 225 Million+ users, all of which aren’t typical business professionals since not every single million own a company name under them or are core corporate professionals by heart.

This shows a regular person wants to be reachable on the most popular websites – whether relevant or irrelevant. The punch here is that linked in is one of the top ranked websites on the basis of traffic and with this, chances only grow for the simplest user to join in the World’s Largest Professional Network.

The crux of the matter is that social networking channels have to welcome each one, accommodate their connections, and invite hefty traffic not having to shrug one shoulder.

Cloud is the new found friend adding to their friend list. It is one of the favorites of many social networking websites considering its friendly nature to grow with them, as they grow bigger.

The Cloud is to be defined as grid computing which uses networks of a large group of servers with specialized connections to spread data processing chores across them. Why wouldn’t a grand brand choose to be accessed world-wide with the mass appealing virtualized cost-sensitive Cloud, which also behaves just like the Internet.

Social grand brands are becoming more than a friend-to-friend meetings, they will soon officially become the online wizard capturing the world on a single platform. Ideation, e-business routines, marketing and brand promotions already have their destination on social sites.

The most promising way to bear the load and accept, welcome and still host the flurry of guests and their security looks as if it is the Cloud. The Cloud times are on an all-time high because of the wise consideration of policies set by the cloud hosting providers.

Connecting your business processes, enterprise applications and content, while being highly available is the nature of the Cloud. Businesses’ not just SMEs, are becoming quick-to-pick the Cloud not because it is virtual and centralized, but because it is scalable and cost-effective – the real meaty portion on the plate of the cloudy attributes.

Larger businesses are now following the footsteps of SMEs which proves that Cloud is the Solution to an array of concerns that of Storage, swelling resources or for that matter shrinking resources, collaboration and most recently data migration with newer technologies being experimented for their success.

The Traditional hosting wasn’t ever blessed with the feature of automatic scalability, conversely there are innovative hosting models available with certain cloud providers, designed to easily manage swelling or shrinking resources by horizontal and vertical scaling, up scaling and down scaling.

However all said and done, bigger business thinkers put a comma after deciding to board the cloud. The comma clearly translates as “Will my business data be secure on the shared virtualized pool of resources?”

Social sites will be unforgiving to the Cloud Providers if they aren’t able to keep the trust that they have earned, that their users have developed amongst each other.

Only their provider would derive the metrics and the degree of security to be delivered, highlighting the fact that there are few trustworthy cloud service providers which carry out a multi-layered approach to securing their client businesses from a possible culprit. Now, it is for them to decide whether cloud socializes with businesses and becomes their buddy or just greedy!

Understanding cURL : It is a command line tool used for transfer of your file with URL from or to a server, using supported protocols such as (FTP, FTPS, HTTP, HTTPS, SCP, SFTP, TFTP, TELNET, DICT, FILE and LDAP). This command is designed to work if you don’t want user interaction ie to automate unattended … 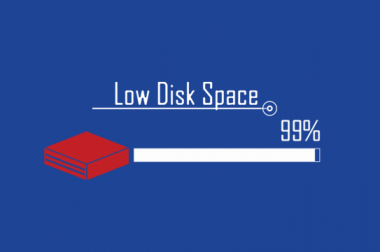 If you are running out of disk space on your web hosting server, its time to take action. When a disk starts to get full, files can be fragmented, slowing website performance. At the same time, running out of storage capacity means you might not be able to grow your website, collect more data or …