Some days ago developers from Drupal has released the first Beta series of the new Drupal 7 stream. As they informed to major press relase site, the official Drupal 7 release will be soon released as soon as some critical bugs being corrected. Developer team has decided to make the necessary switch move from the old release to the new one as smoothen and trouble free as possible.

Since we at Webhosting UK are very enthusiast for the new Drupal users, we decided to test the new Beta build ourselves and update you about our findings and the features you can expect.

Some of the very important feature of Drupal 7 are as follow’s. All can also check the Drupal 7 changelog. With Drupal 7 you will getting :

Webhosting UK Technical team have tried to upgrade our selves and we have successfully managed to perform the installation via the web script “update.php” . The upgraded version of Drupal 7 upgraded from Drupal 6 is exactly similar to the previous Drupal version available these day’s in the market and we haven’t go through any of the trouble during the up gradation process.

According to the team Drupal 7 Beta they have also made an upgraded copy of their website in an experimental environment and their website is working error free for no reason at all . But still, as with every Beta release of Drupal 7, it is very important to mentions that it should not be used for the websites which are live .

All the themes and extensions which where available for Drupal 6 is being ported to Drupal 7. Many of the developers have already began operating on their products and making sure the next releases will be compatible with the new Drupal 7.

For secure, high-performance and reliable Cloud Hosting or eCommerce hosting, visit our website.

How Bots Are Changing the Face of Online Retail 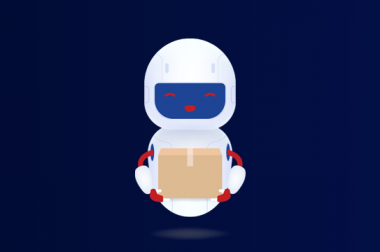 How Bots Are Changing the Face of Online Retail

Shopping bots are causing a dilemma for online retailers. On the good side, they can result in businesses selling their most sought after products very quickly. The downside is that the products are not being bought by the genuine customers that are the long-term lifeblood of any retail operation. The consequences are that, in return …