Generally hacker uses port scanner software to see whether hosts are running an SSH service. SSH listens for connections on port 22 so its wise to change the SSH port to a number higher than 1024 because most port scanners softwares don’t scan high ports securing your ssh service.

You can implement this by editing sshd_config file as :

Open the /etc/ssh/sshd_config file and look for the line that says:

Change the port number (higher than 1024) and restart the SSH service: /etc/init.d/ssh restart

ssh has two protocols it can use namely SSH1 and SSH2 protocol. SSH protocol 2 is much more secure as compare to protocol 1; you should make following changes in your sshd_config

Edit /etc/ssh/sshd_config and look for the line that says:

Change the line so it says only protocol 2.

Allowing only specific users to log in via SSH

Securing root access is most important step for your server security.You should not permit root logins via SSH as if anyone gets root login for your system, he can do more damage than if he gains normal user login so its better to configure SSH server so that root user is not allowed to log in. To do this you have to edit sshd_config file in following way;

Find the line that says:

Change option yes to no and restart the service.

You can then log in with any other defined user and switch to user root if you want to become a superuser.

It is wise to create a dummy local user with absolutely no rights on the system and use that user to login into SSH. That way no harm can be done if the user account is compromised.

Using TCP wrappers to allow only specific hosts to connect;

sshd: ALL This means that all hosts are forbidden to access the SSH service. Next, create a rule in /etc/hosts.allow to allow only specific hosts to use the SSH service:

You can use different iptables parameters to limit connections to the SSH service for specific time periods. You can use the /second, /minute, /hour, or /day switch.

*) In the first example, if a user enters the wrong password, access to the SSH service is blocked for one minute, and the user gets only one login try per minute from that moment on:

*) In a second example, iptables are set to allow only host 193.180.177.13 to connect to the SSH service. After three failed login tries, iptables allows the host only one login try per minute:

Note : ( After changing all required settings at /etc/ssh/sshd_conf you need to restart your ssh server daemon using : /etc/init.d/ssh restart ; in order to make all changes effective.) 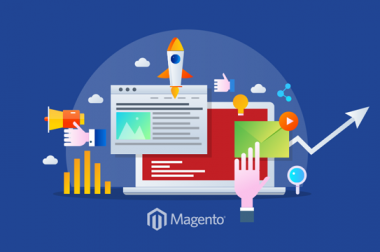 Magento is designed especially for eCommerce stores but the success of any online retailer is, in many ways, down to how effectively they market their brand and their products. Whilst the Magento software provides the necessary tools to create and manage the online store, there is now a range of useful extensions to help you …

POA for Benchmarking Your Cloud Adoption Against other Companies

POA for Benchmarking Your Cloud Adoption Against other Companies

With an advancement in the cloud server technology, many companies have adopted this efficient business platform for achieving higher business efficiency. Maturity models provided by cloud server hosting are used for bench marking against other companies in your industry, it is also used for measuring advancement and progress for the respective business initiatives in order …