Plesk still has a strong case when it comes to VPS hosting; many VPS hosting providers offer the Plesk web hosting control panel for free with their Windows VPS servers because they are able to get licenses at a reduced cost due to their use of Virtuozzo. Both Plesk and DNP offer users with an easy to use interface that makes it easy for both clients and server managers to manage their own side of the deal; however, Dot Net Panel’s interface is a lot smoother and quicker to load than the interface which is offered by Plesk. The main thing to remember is that both Plesk and DNP are able to run smoothly on Windows based web hosting servers, however it is recommended that you only run either web hosting control on a mid to high-end Windows VPS server or dedicated server.

What are the advantages of using Plesk over Dot Net Panel?

As a consumer there can be many advantages to using Plesk over Dot Net Panel whether it be in a shared hosting environment or on a Windows VPS server or Windows dedicated server. The main advantage that you will find as a consumer will be the lower costs, especially if you choose to use Plesk with Windows VPS server hosting services; because a majority of Windows VPS hosting providers will be using the Virtuozzo VPS platform which is also owned by the creators of the Plesk control panel, they are able to get Plesk control panel licenses at a redcued cost. Parallels, the creators of Plesk, also have a number of additional features which can be purchased to increase the flexibility of your installation of the Plesk control panel and what you can use it for; such features include the Plesk Sitebuilder application which you can use to build your websites online in a few mintues, or if you are wanting to start your own web hosting service then you can make use of the Plesk Billing application. Although Dot Net Panel hosting services may be becoming more popular and freely available, Plesk web hosting services are still very much at the top of the Windows shared hosting market; with Plesk you have a choice of different applications for different purposes that will integrate with Plesk seamlessly, but with Dot Net Panel you are forced to use the default applications that are installed by the control panel. In summary, Plesk can offer users and administrators the following advantages over the Dot Net Panel web hosting control panel:

Plesk has a lot to offer over Dot Net Panel, but more so for users who have their own Windows VPS servers or Windows dedicated servers because of the additional features that are available and the fact that Plesk works well in conjunction with third-party applications. The pricing of the Plesk control panel has also helped to keep it ahead of Dot Net Panel to an extent, but Plesk is gradually losing to Dot Net Panel as web hosting providers discover the advantages of clustered web hosting services.

What can Dot Net Panel offer me that Plesk can’t?

But if they were to purchase a Plesk control panel license then they would be looking at paying $1000+. Dot Net Panel’s support for Hyper-V based VPS hosting nodes and Exchange Server hosting nodes puts enterprise hosting services within the reach of many budget web hosting providers; it is able to offer a control panel interface for what would otherwise be control panel-less web hosting services which could be have been inconvenient for the business users that Hyper-V VPS hosting and Microsoft Exchange email hosting are designed for. Dot Net Panel can also offer web hosting providers the chance to offer more reliable Windows web hosting packages by making use of Dot Net Panel’s ability to be used in a server cluster with ease; with Plesk for Windows servers it is more or less impossible to cluster several servers together to offer a more reliable Windows web hosting experience. You will find that DNP can offer you the following advantages and features over the Plesk control panel:

In summary, you will find that web hosting providers themselves will benefit more from migrating over to DNP than consumers. Although the user interface may be easier to use for some, a majority of the benefits lie in the backend such as the ability to offer clustered web hosting services to consumers which will help to increase service reliability. However, benefits such as lower licensing fees will have an indirect effect on consumers as it means that they won’t have to pay so much for their shared Dot Net Panel web hosting services. Although Dot Net Panel may not be available for VPS server users at the moment, you can always purchase your own DNP license as they are cheap enough.

In conclusion, Dot Net Panel will remain widely used in the shared web hosting industry as Plesk is more than adequate for most VPS server users at the moment, and the fact that a majority of VPS server owners will be getting it for free means that it won’t be going anywhere for now. However, because shared hosting providers want to increase their overall service reliability it is important for them to embrace new technologies such as clustered web hosting using Dot Net Panel. 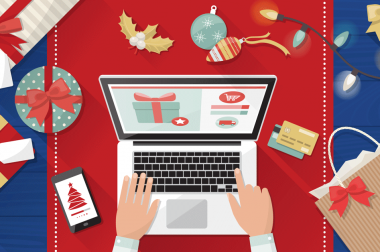 With Christmas around the corner, you may be busy buying presents for your family and friends. However, if you love your WordPress website, there are a few seasonal gifts that we recommend you give to it, this year. Here are our top seven picks. 1. Remote backups Remote backups top our list of Christmas gifts …

When developing a website using either classic ASP or ASP.NET then you are most likely going to use some sort of database back end for your website, and one of the options that is available to you to help you fulfill this requirement is Microsoft Access. Microsoft Access is one of the best known database …