One of the pioneers of IT industry organization creation, “Microsoft” who created Windows Server 2008 for the  user. Windows Server 2008 is still one of  the latest happening services. The entire  industry is taking complete benefit of Microsoft operating system as well with all the other server platform which are being offered. The experts say that the Windows Server 2003 released 5 years back is one of the biggest successes of the industry.

The updates for many of the services were missing  or were under development. So Microsoft had launched the new updated version which is completely easy to use, error free and has many more hidden rich features. This version is known as Windows Server 2008 R2. Web hosting Server 2008 R2 version has been officially promoted at the French Tech Exhibition in the presence of global audience.

Every one knows that operating systems like Windows Vista or Windows Server 2008 are normally based on the kernel (core) technology. The kernel technology is being used in Windows NT version 6.0 as well and few more Microsoft products. Windows Server 2008 is based on the same designer code base as of  Vista.  Both the architecture shares the same architecture as well as the same features. As we can see, the code base is completely common, windows server 2008 contains the default and the most technical features related to security of the server, management of server and administration of the new features which are involved in the  windows vista  server.

Server Core Installation :-
Server Core installation is one of the most widely known features of  Windows Server 2008. It has a new possibility of the installing procedure. The Server Core installation is reduced to the lowest minimum layer of processing the application. It also goes with the Windows Explorer, as it’s pre-installed functionality. However, Notepad and some important points with in the control panel such as the locale, are still available for the user. The configuration of server core helps users to perform entirely through the user interface of Windows command line, or the user can connect it remotely to the server machine with the help of  Microsoft Management Console.

These Could Be Some of the Basic Roles

Whereas the  active directory does continue within the identity services or the licenses. It helps in managing the digital rights of that particular server too. The Windows Server 2003 Active Directory enabled network administrators to centrally manage the computers interconnected to define strategies for a set or group of users, and centrally deploy new applications to multiple computers. The basic role of Active Directory has been renamed as Active Directory Domain Services (AD DS). With the new high end  server there are huge number of new services which are added to the Active Directory federation services. The AD LDS – which is known as the active directory application Mode or ADAM). The Service certificate to manage the identity allows the admin to manage user accounts with ease. It also helps in managing the digital certification which allows users to access certain services as well as systems within the entire process. The enhanced Windows firewall sticks  with the secure default configuration with .NET Framework 3.0 with the specialty Windows Communication Foundation (WCF).

How the cloud can support your business through the festive season 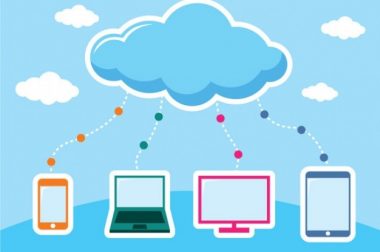 How the cloud can support your business through the festive season

For many online retailers, the festive season is the single biggest point of the year for online sales. It is the only point in the calendar when everybody is looking to buy gifts and with many flocking to online retailers to purchase gifts rather than go to high street outlets, having an IT infrastructure in …