MD5 and SHA Encryption – You must Salt Encrypted Passwords!

MD5 and SHA Encryption – You must Salt Encrypted Passwords!

In essence, adding salt prior to encryption will make it much more difficult for malicious users to find out the plain-text equivalent of the encrypted hash – for example, in the event that a database/security breach occurs on your website.

But how? It’s one-way encryption.

For the MD5 encryption algorithm (which can easily be used with the PHP md5() function, as an example), it is indeed one-way encryption but there are websites that have large md5 databases with their plain-text equivalent and so if you do not salt prior to encryption, malicious users will likely be able to “decrypt”, in this way, to find out what the plain-text value is.

And how do they do this? Very simply by comparison. These websites will encrypt a plain-text value you input and will compare it to all the encrypted hashes in the database, and if a database record is found, it returns the unencrypted (plain-text) value of the md5 hash.

So its very important you salt prior to encryption. Here’s an example using the PHP programming language:

If you are looking for reliable, affordable and secure web hosting services, visit our homepage.

Can an Affiliate Program Transform Your Business? 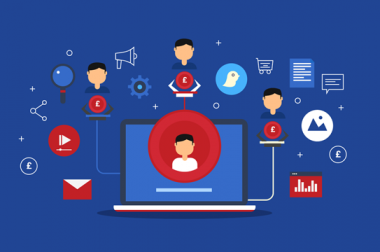 Can an Affiliate Program Transform Your Business?

Affiliate programs have the potential to change the fortunes of a business, driving more visitors to websites and increasing sales. It is such a successful strategy that it is used by many of the world’s major companies, from banking to eCommerce. Indeed, Amazon is said to earn around 40% of its revenue from its ‘Associates’ …