The ISO-OSI model is the International Standard Organizations Open System Interconnect model. It is the standard model for networking protocols and distributed applications. THis model defines seven network layers.

Brief information about each layer of ISO-OSI Model as follows

The main difference is in cost and convenience of installation and maintenance.

Data Link layer is the second layer. It defines the actual format of data on the network. A network data frame, packet, includes checksum, source and destination address, and data.This is the layer at which the bridges and switches operate.

The data link layer handles the physical and logical connections to the packets destination, using a network interface. The largest packet that can be sent through a data link layer defines the Maximum Transmission Unit (MTU). A host connected to an Ethernet would have an Ethernet interface to handle connections to the outside world, and a loopback interface to send packets to itself.

3. Network Layer
The Network layer basically perform establishes,maintains and terminates the network connections. THis layer performs network routing functions, and might also perform segmentation/desegmentation, and report delivery errors.NFS uses Internetwork Protocol (IP) as its network layer interface. IP is responsible for routing, directing datagrams from one network to another. The network layer may have to break large datagrams, larger than MTU, into smaller packets and host receiving the packet will have to reassemble the fragmented datagram. The Internetwork Protocol identifies each host with a 32-bit IP address. IP addresses are written as four dot-separated decimal numbers between 0 and 255, e.g., 192.168.11.79. The leading 1-3 bytes of the IP identify the network and the remaining bytes identifies the host on that network.

Two transport protocols, Transmission Control Protocol (TCP) and User Datagram Protocol (UDP), sits at the transport layer. Reliability and speed are the primary difference between these two protocols. TCP establishes connections between two hosts on the network through sockets which are determined by the IP address and port number. TCP keeps track of the packet delivery order and the packets that must be resent. Maintaining this information for each connection makes TCP a stateful protocol. UDP on the other hand provides a low overhead transmission service, but with less error checking. NFS is built on top of UDP because of its speed and statelessness. Statelessness simplifies the crash recovery.

The session layer is user to control the session. It establishes, manages and terminates the connections between the local and remote application.

The session protocol defines the format of the data sent over the connections. The NFS uses the Remote Procedure Call (RPC) for its session protocol. RPC may be built on either TCP or UDP. Login sessions uses TCP whereas NFS and broadcast use UDP.

The presentation layer performs the data transformation to provide common interface for user application such as reformation data encryption and compression. It converts local representation of data to its canonical form.

It provides services directly to user applications. Such as network services to the end-users. Mail, ftp, telnet, DNS, NIS, NFS are examples of network applications.

If you think of embarking on an online project, predicting the success of this project is a difficult job, therefore you maybe tempted to get into a shared hosting plan. It maybe the case that you maybe hosting on a shared server for sometime. However as the business grows, more resources are required to support …

2014 – An Year of The Re-emergence of eCommerce Industry 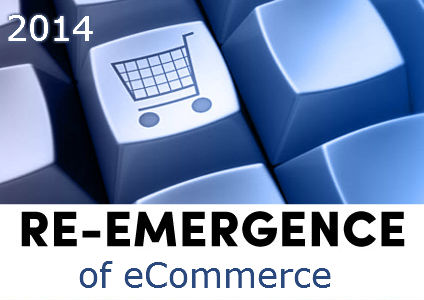 2014 – An Year of The Re-emergence of eCommerce Industry

“A successful business is when the demands of the customers are well met”, this was ideally the temperament which is followed for ages. But now with competition on its highest peak, there’s no choice for businesses but to consistently be one step ahead. As far as the eCommerce industry is concerned, it’s important to tell …