Web hosting is one of the industries that underpins the Internet; without the services offered by web hosting companies, people would have nowhere to go if they were looking to get a website setup and accessible online.

As websites come in all sizes, there has never been a ‘one-size-fits-all’ approach to web hosting and instead several distinct categories have developed over the years to service the needs of different audiences. We will now discuss these various categories and forms of hosting and how they work.

More often than not shared and reseller hosting customers are hosted on the same servers. This is because the fundamentals of both types of hosting are the same; the only differences are the permissions and features included with packages of each type.

For this reason the average shared hosting environment will be hosting thousands of websites; the number of websites will always be greater than the number of accounts on the server since some accounts will probably be hosting more than one website. However, considering this, any good web hosting company will utilise powerful dedicated servers for their shared customers so that a high quality of service can be delivered.

On a shared server, all of the websites hosted on the machine will share (in most cases) its resources, such as the RAM, disk space and CPU (unless the server runs CloudLinux as we do); because of this the performance and security of shared hosting isn’t suitable for larger websites and the cost of shared hosting reflects this.

Shared hosting plans are widely regarded as being the entry-level option and in many cases full support is provided by the web hosting provider, meaning that there is no need for any technical knowledge on the part of the customer.

Although full support is usually available, to make the service as simple as possible for customers to use, a web-based control panel is usually provided for full account management. Shared hosting customers don’t have direct access to the server at all, so their only way of managing their account is through a web browser.

Resellers are also provided with the same level of access, the only difference for them is that they have the facility to create new accounts for others to use that will tap into the resources of the higher-level reseller account.

Whilst considered a form of shared hosting, virtual private servers differ greatly from their entry-level counterpart. Shared hosting accounts share the entire server resources with all other accounts, but with a VPS you effectively have your own virtual, dedicated environment that has its own allocated resources that nobody else can access.

VPS hosting have for a long time been touted as the more affordable option against dedicated servers; they provide a similar experience for a fraction of the cost. Web hosting companies start off with a high specification dedicated server and then install what is known as a ‘virtualization layer’ on top rather than an operating system. The virtualization layer then has full access and control of the server’s resources.

In general, VPS are targeted at web professionals and webmasters who require slightly more power and flexibility than shared hosting. As the resources of VPS can differ greatly, they are able to cater for novices right up to medium sized businesses.

Cloud hosting has built on the development of virtual private servers by moving them on to a distributed platform that can guarantee higher rates of uptime and greater protection from threats such as network and hardware failure.

Cloud environments are based on the concept of server clustering, a configuration that is used to group multiple servers together for a common cause. In a cloud you will find a control server, multiple ‘hypervisors’ that are provide the resources used by virtual machines, and storage appliances that dole out the storage that VMs require.

All of this hardware is running common software that allows it all to communicate properly; and as you’ve probably guessed, the control server bares the responsibility of managing it all.

When a VM is created, it is hosted on a hypervisor from which its CPU and RAM resources are derived. The hosting of the VMs data, or its virtual disk as some may refer to it as, is taken care of by the central storage appliances. As the resources can be gained from any hypervisor in the cluster, if a hypervisor does fail then the VMs that it is responsible for can be moved over to another server almost instantly so that little to no downtime is incurred. As the data is hosted on a central appliance, any hypervisor with spare capacity can pick up a VM and access its disk image.

With so much hardware powering a cloud environment, users often face little resource constraints and can grow their virtual machines to match the power offered by dedicated servers in some cases. Such flexibility lends cloud hosting to being targeted at organisations running websites that it is hard to predict traffic levels for; in a cloud, such companies are able to call on additional resources quickly to cater for any unforeseen load spikes.

Dedicated server hosting is pretty simple really. When you purchase a dedicated server, you are paying for your own physical machine with its own resources that will be hosted in a data centre. The price will also involve other necessities such as IP addresses and bandwidth because without these the server won’t be accessible remotely. You may also find that support is included with the cost of the server, but this can differ between web hosting providers.

Since dedicated servers are often at the higher-end of the price range and boast extremely powerful resources, they are targeted at large enterprises looking to host applications and website that demand a lot of raw power, whether it be for a lot of visitors or for the crunching of lots of data. 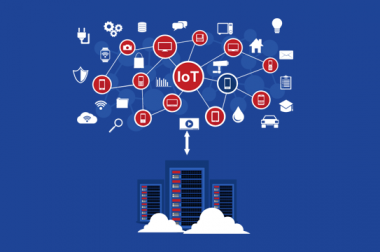 According to Forbes, in 2018, 77% of all enterprises were using the cloud for at least some of their applications or IT services. The reason for such a significant uptake is simple: the cloud provides companies with a range of substantial benefits, making them more agile, secure and cost-efficient while giving them access to the …

Does A Domain Name Play Important Role to Run the Website?

Does A Domain Name Play Important Role to Run the Website?