If you haven’t heard of World Backup Day before, it’s a global event that takes place on 31st March with the goal of getting everyone to pledge to backup their data on that day.

At Webhosting UK, we think this is something well worth supporting and so, to encourage you to join in, this post will explain why you need to backup your data more than ever.

Backing up your data is a little like doing exercise and keeping fit; everyone knows you need to do it regularly but many of us don’t.  We forget, can’t be bothered or put it to the bottom of our to-do list. After all, data loss only happens to others – right?

If you think you aren’t at risk, then think again. Here are just a few reasons why you need to reconsider the importance of backing up your data.

Malware is on the rise

Leading antivirus company, Sophos, tell us that last year there were over 300 million new malware threats created, all of them designed to infect computers, websites and other devices. With so many viruses and Trojans about, it’s not surprising that 1 in 10 computers are infected every month and that over 30,000 websites become infected every day – all resulting in corrupted software and irretrievably lost data.

And it’s not just websites and computers that are at risk; tablets, phones, flash drives, memory cards and other storage devices are all vulnerable – many becoming infected by unknowing employees and customers.

Whilst we rely heavily on antivirus software to protect us, the software developers need to find the malware before they can deal with it. By the time they have found it, it’s already doing damage to someone’s data. You also have to ask how long these companies can continue to cope with the sheer volume of new malware they are faced with. At 300 million a year, that’s 822,000 new pieces of malware a day that need to be controlled.

By having a clean backup, you’re assured that your data isn’t lost. This way, disaster recovery is quick and inexpensive.

Many business owners tend to think of hackers as either rebellious teenagers, out to do a spot of online vandalism, or as a modern Raffles, a cat burglar seeking out the most valuable data they can find. This misconception leaves them overconfident that their organisation is of little interest to hackers.

That’s not quite how it works.

In reality, hacking is very much a sophisticated business using automated computing to process millions of websites on the lookout for vulnerabilities. The hackers have exceptional skills and highly advanced software at their disposal. Once they find out your system has vulnerabilities, their software will make repeated, high-speed attempts to find a way in. Only after the software has got through will they begin to take a personal interest and start looking at what they can do with your data.

In this sense, hackers are much more opportunistic, like a burglar on the lookout for an open window, which is why small businesses are even more at risk than big businesses. Last year, 66% of all attacks were on SME’s and the number of attacks is set to rise by nearly 40% in 2016.

Should you be unfortunate enough to get hacked, it’s naïve to think a hacker will simply want to steal your data – once they have access to it, they can wipe everything and take your entire system down. Having an up to date backup is the best form of insurance you could have in these circumstances.

One of the major reasons why businesses lose data is that people make mistakes. We carelessly lose hundreds of thousands of laptops, phones and other devices every year.  As far back as 2008, 12,000 laptops a week were being left in US airports.

For smaller enterprises that store most of their information on a single laptop, the loss of that machine can be devastating: invoices, on-going work, contact lists, emails, bank account details, security logins, project schedules… all of it critical business data that, if not backed up, is permanently lost.

Human error is also the cause of accidental deletion and device damage.

There are 25,200,000 search results on Google for the term ‘spill water on computer’ and a staggering 85 million results for the term ‘phone down the toilet’  – which just goes to show how thoughtless we are with the devices we store data on.

On top of this, of course, is the fact that machines don’t last forever. Hard drives and other storage devices fail and break.

Regularly backing up guarantees that if your device bites the dust, your data is recoverable and your business survives.

We hope that the information provided here has reminded you just how crucial it is to backup your data and that we’ve encouraged you to join in World Backup Day on 31st March. You can find out more about World Backup Day by watching the video below.

Need even more persuading? Here are our offers

To make backing up your data easier, we’ve put together a couple of offers which you might be able to benefit from. 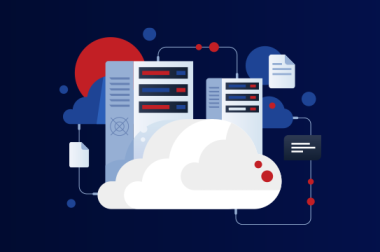 Hacking, malware infection, hardware failure, human error, ransomware – these issues can all result in your website being damaged beyond repair and its data permanently lost. Such an incident can happen out of the blue and, without a backup, the costs of restoration and the length of downtime can have catastrophic consequences for your business. … 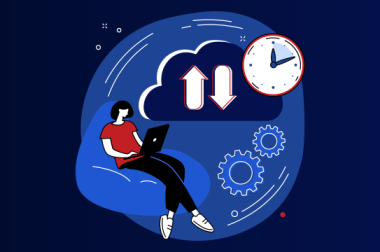 While you might be able to take out an insurance policy to cover the costs of losing your website or data, no policy is going to bring your data back. So, if hacking, malware, human error or hardware failure strike and you don’t want to have to start from scratch, the only genuine insurance you …