On 1st April Gmail celebrated 10 years as being one of the web’s leading free email services. Gmail was introduced in an era where people had to delete emails on a regular basis to ensure that there was sufficient capacity in their mailbox to receive new messages; Google’s intention with Gmail was to remove this limitation from free email services and give users something with which they never have to delete an email, letting them retain their entire email history.

It is widely accepted that Gmail is the web’s most popular free email service and boasts a user base that dwarfs those of Yahoo Mail and Outlook, which have failed to keep pace with the technological innovations mastered by Gmail over the years.

Like all new web applications, Gmail went through a beta testing phase to iron out any issues with the software or to make any modifications that users felt would improve the service. However, Google pushed the boat out with its Gmail beta testing period; rather than spending a few months or even a year in the beta phase, Google decided to leave Gmail in its beta phase for 5 years, eventually rolling it out finally on 7th July 2009.

This beta phase saw Gmail develop so that the 2009 product was almost unrecognisable when compared with its 2004 counterpart, with notable events including the launch of the mobile version of the site in November 2006 and the introduction of Google Docs to the mix in January 2007.

At its introduction on 1st April 2004, many thought that Gmail was simply an April Fools joke given Google’s history of pulling these off and because the 1GB mailbox that the service was to provide was revolutionary at the time. Whilst no-one thinks twice about 1GB of storage in 2014, back in 2004 this was against a backdrop of Yahoo Mail and Hotmail, the latter of which was the market leader at the time; Yahoo Mail offered a mailbox capacity of just 4MB and Hotmail 2MB when Gmail was announced. Things have come a long way since then and Gmail now boasts a capacity of 15GB, with this capacity increasing incrementally daily.

In 2014 Gmail continues to be the leader in the free email market. As well as providing a service that is targeted at consumers, Google’s email platform is also incorporated into its wider cloud platform and enterprise product offerings. Many large organisations have been migrating away from well-established enterprise platforms such as Microsoft Exchange Server, citing reduced costs, improved reliability and a wider range of features. 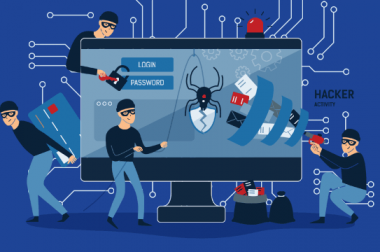 Of all websites, online stores are perhaps the choicest targets for hackers. They have valuable user data to be stolen and sold, financial transactions to be hijacked and, with user accounts to be exploited, they make a great place to spread malware infections. They are also ideal places to use ransomware as owners are often …