As a part of server administrations usually system administrator would run FSCK on server if they found there is some problem with file system and want to get it repaired, but unfortunately when you fire FSCK command on your Linux Server it may take several hours to get completed.

FSCK runs automatically at boot time when the server detects that a file system is in an inconsistent state, due to non-graceful shutdown, such as a system crash or power loss forcing your machine to switch-off. As a system administrator you can also run FSCK manually to check for file consistency.

Its always suggested to have ReiserFS or ext3 filesystems for your Linux server as both are journaling filesystems and are much reliable filesystems which can tolerate accidental power loss affecting your file systems of your server.

Time required for completing FSCK for a drive is directly proportional to drive size, server speed and amount/type of data on the drive which needs to be scanned and fixed, thus server with advance processor and fast speed would help you to reduce FSCK processing time.

How to Protect Your System from Ransomware 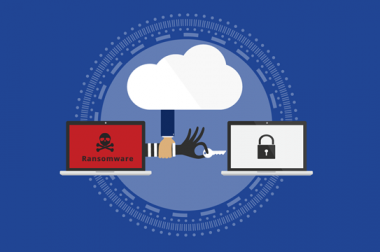 How to Protect Your System from Ransomware

2017 seems to be the year of the mass ransomware attacks. First, there was the WannaCry attack in May and, a month later, there was Petya. Both these attacks caused widespread damage in thousands of organisations across the globe: most notably, WannaCry wreaked havoc in the NHS and Petya took down the radiation monitoring system …

How Cloud Technology Can Benefit Every Member Of The Company’s Workforce?

How Cloud Technology Can Benefit Every Member Of The Company’s Workforce?

The cloud technology is synchronized with every industry providing the business owners with the best platform to manage the business and plan the expansion. The businesses and individuals are taking complete advantage of the cloud hosting and storage solutions. Cloud hosting benefits are not just limited to the higher management level of a company. Here …