8 Practical Tips to Stay Vigilant on Security and Data

History can be a one of the strongest assets, if perceived correctly. Atleast the digital space keeps learning new lessons and take constant efforts to avoid repetition of instances. A recent attack on eBay which affected nearly 145 million people, can be one of the best examples to learn from.

So here are 8 practical tips that can help us stay vigilant about security and data.

Laziness can be fatal, by having the same password for various online platforms you use, you are making your life simple indeed, but helping the attackers too.

– Using the same password for various accounts – If an attacker manages to get hold of one of the website’s you use, you can at least be rest assured that the accounts are safe.

– Use of simple passwords – We often tend to use passwords by the names of people/pets who are close to us, if not that, then the cars vehicle identification number. An attacker can easily guess that and get into your system without any resistance. Hence, it’s advisable to have a password which is a combination of upper, lower case alphabets, numbers, special characters – which is anywhere in-between 8-10 characters in length.

There’s been some massive efforts being put into building strong internal defense mechanisms to counter-act attacks and data thefts. It’s eminent to have industry acclaimed security firewalls as well, which can act as primary layer of defense against most threats.

Restricting access to corporate data basis the employee roles – Corporate Security experts have been constantly advising companies to lay strict perimeters for availability of company data to employees. Restricted access to sensitive information should be thoroughly complied to avoid thefts.

It’s not uncommon to find fraudsters selling millions of records online soon after an attack on some popular website. And with a massive play-field with a growing number of social sites at the disposal, finding a bait for such offers could be simple.

So, does that mean passwords are no longer a strong medium to repel fraud?

5. Check and Re-check what data you have kept on websites

Online businesses who are vigilant about the security ensure what goes over the website. No sort of personal / financial information should go on open web. Referring back to the recent attack on eBay, fraudsters could get hold of the emails, username, password, address, contact details and even the date of birth of the users.

Therefore, it’s vital to draw a line for the levels for availability of data.

6. End Users – The most sensitive spot

A company might have set-up a state-of-the art security perimeter with the best in class equipment’s and systems’ – but that’s only going to protect you from the outside threats. A company which is concerned about its security should also assess the internal threats i.e. employees.

Again referring to the attack faced by eBay, their database containing highly sensitive user information was compromised through employee log-in credentials demonstrates that end users continue to be the weakest link in the chain and the most valuable to be attacked.

7. Sad Truth – Reacting to an Action

It’s been observed often times by the security companies, that many companies come into action after they encounter threats, attacks or breaches. Whereas, companies must should possess and implement strict policies for internal audits for vulnerabilities and loop-holes.

If you still think that the phones of this generation are merely devices to make and receive calls, rather than portable computers, you might be opening doors to a lot of problems. A numbers of us store a large volume of sensitive information on our smartphones today. Information ranging from details of savings accounts to social networking sites are stored over the phones.

And with this amount of sensitive data found on a single device all at one place, consider a situation of a hack of your device. Therefore, it’s important to avoid any sort of sensitive information to be saved over the smartphone/device.

8 Tips for Naming Your Own Startup 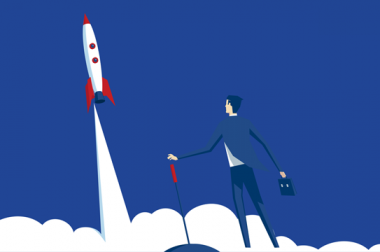 8 Tips for Naming Your Own Startup 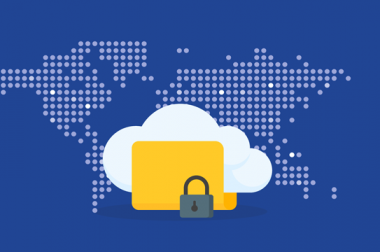