Cost Savings from the Cloud and its Positive Effects for Startups

Cost Savings from the Cloud and its Positive Effects for Startups

There are many advocates of Cloud Computing who promote the technology and also the much talked about benefits it has to offer like cost savings, flexibility and high reliability. But many people are still cynical about the value cloud delivers to users.

According to numerous researches conducted worldwide and actual business cases there are solid proofs about the ability of cloud computing to deliver and stand true on its promises. There are many examples of businesses that have taken to cloud computing for many of their business functions and have seen remarkable improvements and reduction in overheads which has ultimately resulted in cost reduction.

Most of the business owners that used cloud as a part of their operations affirm to the fact that it has helped them save considerable amount of money and in turn increase their profits substantially. The eventual growth in revenue has helped business to deploy capital back in the organization and use it many other important areas which they initially were forced to neglect.

The increased revenue has been used by business to reinvest in the business. Many owners have invested in areas like new product developments and human resource which was earlier not favoured due to shortage of capital.

By using cloud computing businesses have been able to simplify many of their day to day processes and the need to have specialized admin staff has reduced which has allowed them to further save on employing and training the IT staff.

The savings in various areas of the business have resulted in growth in the overall revenue and net profits for many businesses. Many businesses have attributed their growth directly to the deployment of cloud computing in the organization.

According to the survey, many new startups have been able to establish themselves solely on the base of the cloud. If it was not for cloud they would not have been able to sustain themselves in such tough economic environment. The ability to get computing resources instantly without having to spend a huge amount of capital have allowed such small business startups to become successful in times where many big businesses are struggling.

The success of such startup businesses that rely solely on the cloud infrastructure is a testimony to the potential cloud computing holds and the benefits it can provide to businesses and users. With flexible pay per use billing method and on the fly resource allocation hosting in the cloud is an ideal solution for such business with fluctuating requirements. The cloud can easily cater to their needs and allow flexibility to businesses.

If you are in the process of finding an appropriate for your site, you’ll probably ask yourself Why should I pay for hosting when I can get it for free? The answer depends on the nature of your site. Paid hosting plans are essential for some sites, while for others a free host might offer … 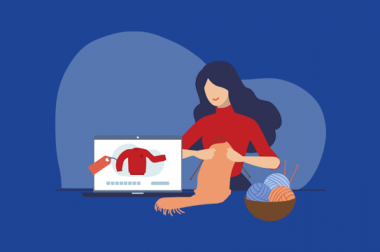 In case you’re not familiar with the American term ‘side hustle’, it means to make extra cash outside of your normal job. It’s something millions of people do and have been doing for centuries. Today, however, just like many other types of venture, side hustles are increasingly reliant on the internet. In this post, we’ll …