The Architecture of Microsoft MSSQL Server is mainly divided into three components:

2. Relational Engine: Which implements the relational database components including support for databases, tables, queries and stored procedures as well as implementing the type system.

3. Protocol Layer: The Protocol layer which helps completely mange one of the best layer who can find and renew the most about the exposure of the MS SQL Server functionality.

SQLOS is one of the most basic Windows architecture of SQL Server. Implements the functions normally associated with the operating system as well as the thread scheduling. The complete memory management is also being done with complete I/O management and with the help of buffer pool management the entire resource is managed with synchronization and primitives the system locking and deadlock detection.

The new requirements of windows SQL server is very specialized, which implements its own memory and thread management system, instead of using the generic that is used in the operating system. SQLOS also includes blocking synchronization primitives and control of worker threads to detect and recover from deadlocks.

SQLOS monitors all the memory allocated for the buffer pool, make sure that the components of return unused memory to the pool, and the mix of data from cache to make room for new data.

For the changes made to data in a buffer SQLOS writes data to disk lazily, ie when the disk subsystem is free or not there was a significant number of changes in the cache, all continued to meet requests from the cache. To do this, is launching a rewrite, which deals with the task of writing data to persistent storage.

SQL Server Windows normally allows up to 2 GB of memory on x86 hardware, but can be configured to use up to 64 GB if the address window extension is used in the operating system compatibility.

X64 hardware that supports 8 terabytes of memory, TB and 7 for IA-64. However, when running 64-bit x86 versions of SQL Server in hardware, you can have access to 4 GB of memory, without special configuration.

Relational engine implemented using a relational data store resources SQLOS against this level through a private API SQLOS. It will take some type of system, to define the various data that can be stored in the tables as well as different types of data objects (such as tables, indexes, registers, etc.) that can be stored.

It contains the storage engine, which deals with how data is stored in persistent storage devices, and provides methods for quick access to information. Storage engine to implement log-based measures to ensure that changes to data is ACID compliant. It also includes a query processor, which is the part that retrieves the data.

MSSQL query to determine what information to retrieve and query processor optimizes and translates the query in the sequence of operations needed to retrieve data. The functions can be performed if the worker threads, which are intended SQLOS running.

Protocol layer implements the external interface with MS SQL Server. All measures that can be relied on MSSQL server sent through the format defined by Microsoft, called the tabular data stream (TDS).

TDS is an application protocol used for the database server data transfer and the customer. Originally designed and developed by Sybase, Inc. Sybase database engine to MS SQL Server relational in 1984, and later for Microsoft MS SQL Server, the TDS packets can be encased in other physical transport dependent protocols, including TCP / IP memory , Named Pipe, and shared.

Therefore, access to the MSSQL server is available on these protocols. In addition, MSSQL Server API is exposed as Web services.

If you are looking for reliable, affordable and secure Windows hosting, visit our website.

3 Most Important Social Media Platforms for Promoting Your Website 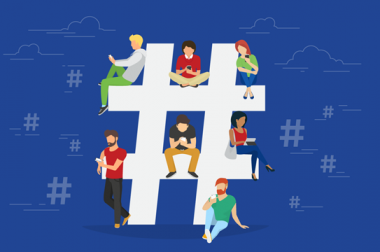 3 Most Important Social Media Platforms for Promoting Your Website

With billions of global users, social media is one of the most important channels for promoting your website. One problem for website owners is which social media platforms to use. Trying to market your online business across many platforms would take up considerable time and be very expensive. A more focused approach, choosing those which …